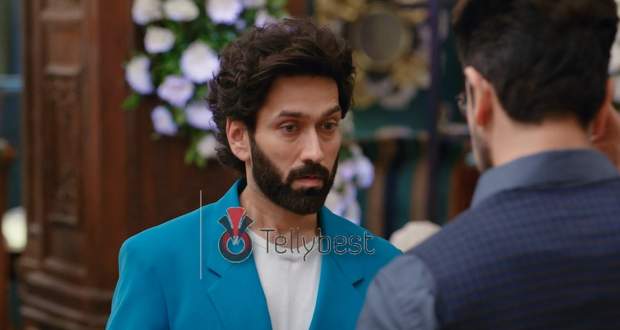 Ram meets Shubham who hands him Priya’s share of money from the stocks.

As Shubham tells Ram that his soft side for Priya is taking over him, Ram replies that he is giving Priya that money because she has the right to it.

Meanwhile, Nandini finds Priya in the kitchen while searching for her medicines that turn out to be in Priya’s possession.

Priya says that because of Pihu, she is aware of Nandini’s fake acting and knows that the medicines she takes are actually calcium tablets.

Hearing that, Nandini gets surprised and denies doing such a thing.

Priya tells Nandini that she has already verified things through the doctors and will not let her fool Ram with her fake act.

Coming to Ram, Nandini starts to apologize to Priya saying that she is sorry for keeping her medicines in the open again.

Nandini says that Priya burst out at her for forgetting her medicines and refusing to do the interview which shocks Priya.

Without hiding anything, Priya says that Nandini is taking fake medicines which are not anti-anxiety pills.

Ram does not believe Priya at first but starts to pay attention to Priya’s words as she explains Pihu’s case.

However, as Ram hears Priya attacking Nandini personally, he asks Priya to stop as he cannot bear to hear anything against Nandini.

To prove Priya wrong, Ram tries to take the medicines himself but Nandini throws them away saying that she cannot let Ram take them.

Priya swallows the medicine and says that she is right as she is perfectly fine even after she took those pills.

Ram gets silenced by Priya’s demand and listens to Nandini defending herself.

As Ram walks away after Priya, Nandini tells Shubham that she already switched the fake medicines with the real ones.

Nandini smirks to herself because Priya will be proven wrong in front of Ram.