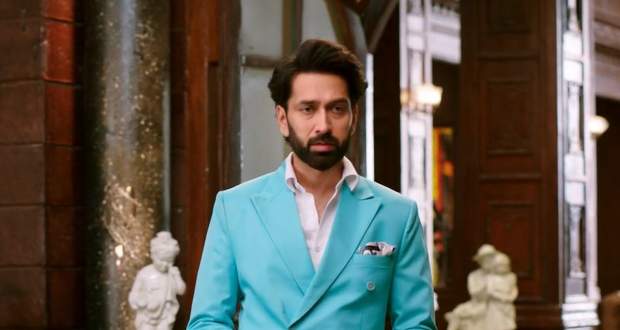 Seeing Priya's pain, Ram tells her that he didn't meet Vedika and he was just trying to explain that it's not okay to bring a third person.

Ram asks Priya why was she comfortable sharing about her kidnapping with Krish.

So, Priya says that an investigator would not stop pursuing a case just because she got kidnapped but Ram would have done it.

However, Ram tells Priya that it is his right to protect Priya and she should not dare to restrict him from doing this.

Finally, Priya confesses that she is doing this because she loves him and she can even sacrifice her life for him.

Ram hugs Priya and asks Ram not to mention her death ever again.

However, Ram mentions that she can keep saying 'I Love You' whenever she wants.

On the other hand, Nandini acts to be unaware of Ram's decision of creating a Will in front of Adi though she was the one who compelled Ram to create one.

In the meantime, Shashi chides Varun for mixing up the share-transfer papers with other papers in Sara's bag as the real papers have got into Priya's bag now.

Between all this, Ram notices that Krish listens to Priya's words more than his after Krish drops the idea of investigating Ram's friend on Priya's orders.

Later, Nandini lets Akshay and Shivina return to the Sood house because she wants to read Ram's Will in peace.

Nandini spots her name as Ram's successor and feels delighted.