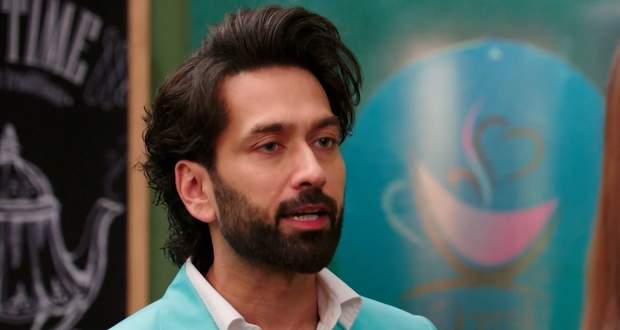 Today's Bade Ache Lagte Hain 2 18th May 2022 episode starts with Nandini discovering Ram’s Will and getting overjoyed on discovering that he is going to transfer everything in her name.

Meanwhile, Shivina insists on making dinner but Priya somehow resists her from doing that as she remembers her morning sickness.

Ishaan starts to mock Shivina for her cooking and refuses to eat food cooked by her.

Hearing this, Shivina gets mad and starts arguing with Ishaan about his rudeness.

While arguing with each other, Ishaan accidentally spits out that Sara never wanted to have him and despises him for being born.

Everyone gets shocked at hearing that and Priya goes after Ishaan to talk to him.

After talking with Ishaan, Priya gets to know that Varun has told Ishaan the lie about Sarah and explains to Ishaan that none of that is true.

Ram discloses that Priya told "I love you" to him earlier but now everything is ruined due to the tussle between Shivina and Ishaan.

Ram promises Ishaan to give him a surprise and talks with Priya about his Will.

As Ram discloses about him making his Will, Priya also decides that she will make a Will for her family and will entrust them to Ram.

On hearing this, Ram comes to a realization and leaves in a hurry while calling Adi to change his Will.

Ram tells him that he wants to transfer everything to Priya as she will protect his family from anything bad and evil.

Later, Priya goes to meet Varun regarding some papers and questions him why he told Ishaan such a thing about Sara.

Varun somehow manages to fool Priya that it was not intentional from his side and asks her to hand over the papers.

However, the papers fall on the floor and Priya discovers the papers being the stolen agreement with Jeet Kumar’s signatures on it.

Meanwhile, Ram reveals to Nandini that he has changed his decision and has transferred all his property to Priya’s name.