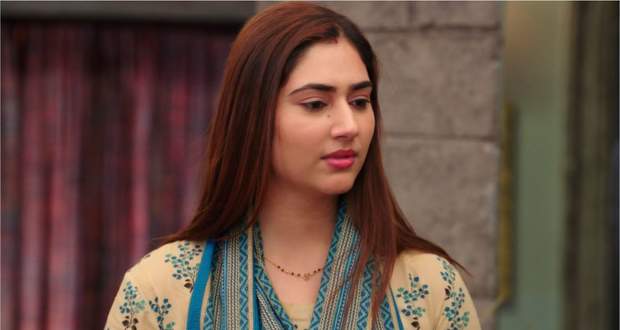 Today's Bade Ache Lagte Hain 2 19th May 2022 episode starts with Nandini realizing that she can do nothing but agree to Ram's decision for naming everything after Priya.

On the other hand, Priya gives the papers to Varun and he starts walking away.

At the same time, Priya calls Krish and indirectly tells him that there is something wrong at the bakery.

Varun walks back towards Priya trying to scare her and asks Priya why did she call Krish.

Priya questions him about being aware of Ram's meeting.

When Varun tries to hurt Priya, Krish arrives there and saves her.

In the meantime, Ishaan tries to patch up with Shivina but ends up burning Shivina's bag which leads to another fight between them.

Meanwhile, Varun justifies his actions by saying that he did everything for Ishaan.

Varun says that Ram wanted to send Ishaan abroad and away from Varun which was not acceptable to him.

At the same time, Shashi offered him money to steal the papers which he could have used to educate Ishaan.

Though Krish is not able to buy Varun's justification, Priya believes Varun as he uses Ishaan's name all over his explanation.

However, Priya asks Varun to call Shashi and inform him about the papers because they want to get hold of him.

The most important thing that Priya and Krish found out is that Priya's father, Mahinder Sood is involved in some way with Shashi.

In the meantime, Varun goes straight to Shashi and Mahinder.

There, Mahinder reveals that he had the number plate of Virendra's car with his fingerprints on them.

However, he recently misplaced it, and must be in the Sood house.