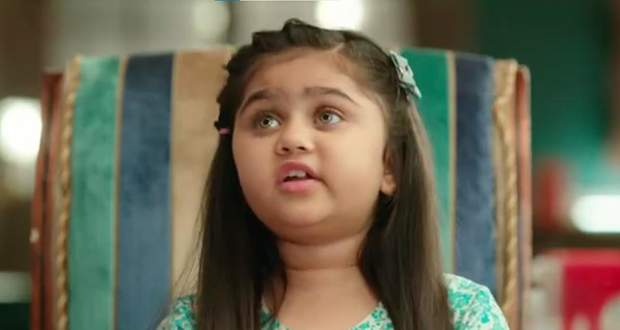 Today's Bade Ache Lagte Hain 2 1st August 2022 episode starts with Meera telling Krish about Priya’s dream dress that only gets sold in a small shop in the middle of a local market.

Ram reaches that market and finds the shop himself so that he can buy the dress for Priya as Pihu had drawn it.

On seeing a mud-filled narrow path, Ram hesitates to move forward and asks a local to help him in buying the dress.

The man shows Ram the way but asks him to get there himself and buy his dress which Ram follows as he does not have any other option.

Later, Priya worries by herself about how she will be able to face Ram again at the function when she hears Nandini scolding Tarun downstairs.

Nandini asks Tarun to clean the carpet on which there are muddy footprints when Ram comes and informs them that they are his footprints.

As Nandini questions Ram about the place he went to get his shoes full of mud, Ram just gives a lousy excuse and leaves.

Pihu enters Priya’s room and spots the dress on the bed and thinks that Krish is the one who bought it for Priya.

However, Priya understands that it is Ram who bought the dress when she spots him standing by the door silently.

Sandy comes and congratulates Priya on receiving the dress from her prince charming which Nandini hears and gets furious.

The Mehendi function starts and the whole family of Soods arrive and thank Vikrant for coming into Sarah’s life.

Pihu comes running and tells everyone that she will be drawing Mehandi on Sarah and will write a V representing Vikrant.

Vikrant takes Ishaan with him with the excuse of bringing drinks so that he can gift Ishaan whatever he bought for him.

Meanwhile, Priya’s blouse gets stuck to a wooden stand from which Ram retrieves it and ties it for Priya.

Priya thanks Ram for buying the dress for her and continues to stare into his eyes when Maitri comes to call them downstairs.

Elsewhere, Vedika and Kanika plan to make Maitri fall from the stairs so that Priya understands how serious the blackmailer can be.

While coming down, Maitri requests Priya to reveal the truth of Pihu to Ram but Priya refuses to do so.