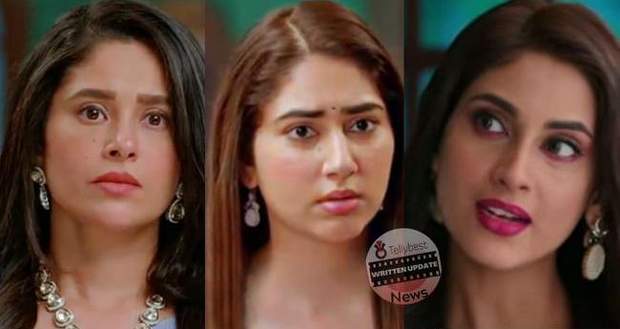 After the judge leaves, Ram asks Vedika to get out along with Nandini who is doing this to be in Ram's good books.

Meanwhile, Vedika promises Ram that this is not the end of their rivalry.

Priya stays behind the door as Ram talks with Pihu who tells him that she is a bad daughter for hurting Priya.

However, Priya enters the room & tells Pihu that she is the best girl in the entire world.

Giving a million-dollar smile, Pihu tells Ram that she wants to play a game of truth & dare while Priya scolds Ram for making her watch so many movies.

Afterward, Ram tells Nandini that he knows who pushed Shivina down the stairs.

Nandini cries crocodile tears once she gets to know that it was Ishaan who pushed Shivina accidentally.

Ram asks both Nandini & Shubham not to talk about this topic anymore as tomorrow is Diwali.

He plans to open a trust fund in Shivina's name and also gift Pihu her trust fund.

The next day, Priya & Pihu wake up at 5 AM while Ram surprises both of them at Sood house with dresses.

After Pihu leaves, RaYa wishes each other a happy Diwali.

Later, decorations start at Kapoor Mansion as Nandini calls someone for a task.

A happy Ram texts Priya about when she will arrive at the party as she gets dressed in a blue saree.

Meanwhile, a chandelier drops on Ram's head, making Aditya scream while Priya gets a call from Brinda about the accident.

However, it is just a prank as Ram greets an upset Priya in a hero style.

Pihu joins him as well, acting as Priya before she married Mr. Kapoor.

Priya emotionally remembers all those moments of her marriage with Ram.

On the other hand, Vedika asks Nandini if she was the one to drop the chandelier on Ram.

Vedika then blames Nandini for pushing her under the bus in front of Ram.

Nandini gets desperate to win back Ram while Vedika says she has the plan to make it work.

© Copyright tellybest.com, 2022, 2023. All Rights Reserved. Unauthorized use and/or duplication of any material from tellybest.com without written permission is strictly prohibited.
Cached Saved on: Monday 21st of November 2022 05:54:13 AMCached Disp on: Tuesday 29th of November 2022 12:12:42 AM