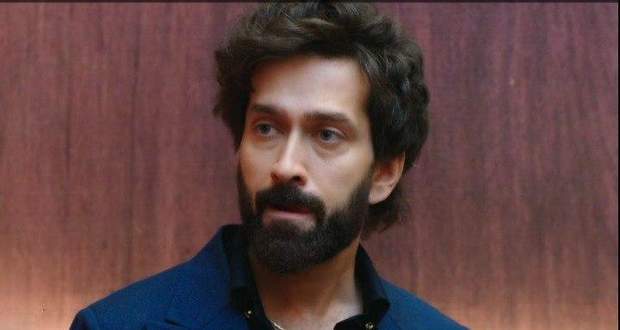 Today's Bade Ache Lagte Hain 2 22nd June 2022 episode starts with Ram calling Aditya for a meeting in the evening at home to finalize the things before his meeting with the minister.

As he lays in bed to sleep, Ram misses Priya very much as her memories catch up with him.

To get rid of her thoughts, Ram plays music, however, the songs also remind him of Priya and the memories he made with her.

Meanwhile, Priya hallucinates Ram being there at the bakery looking at her with adoration and she whispers his name very softly.

Ram sits up in his bed feeling the vibe of Priya calling him.

Further, Priya goes to the company office to collect the balance amount of the coaching center.

Meanwhile, Sandy shares her ideas with Shubham before Ram arrives for the meeting.

As the meeting begins, Shubham pitches Sandy's ideas as his to Ram, stealing her credit.

Thereafter, Ram leaves for the office for the meeting with Aditya.

On the other hand, Priya goes back to collect the documents that she forgot in the office.

At the same time, Ram enters halfway inside the elevator and Priya assumes she is hallucinating again.

Her doubts get cleared when Ram jumps inside rapidly when she presses the close button.

Ram breaks off one of the switches while Priya tries to fix it.

Priya asks for Ram's help to fix the switch, however, turns it into an argument that she wants to get out of there as she feels suffocated in his presence.

Meanwhile, Shubham manipulates Sandy for stealing her ideas, further making her share her ideas with him.

Nandini suggests Vedika to be the face of the new project with Ram.

Thereafter, she will suggest to Ram that his engagement with Vedika is the perfect reputation certificate they can give to the minister.

On the other hand, Ram calls Aditya for help but Aditya doesn't get the idea due to the network issue.

Priya suggests Ram send Aditya a voice note that can help them out which actually does.

As Aditya plays the voice note, Vedika notices Priya's voice in the background and asks Sandy to confirm it.