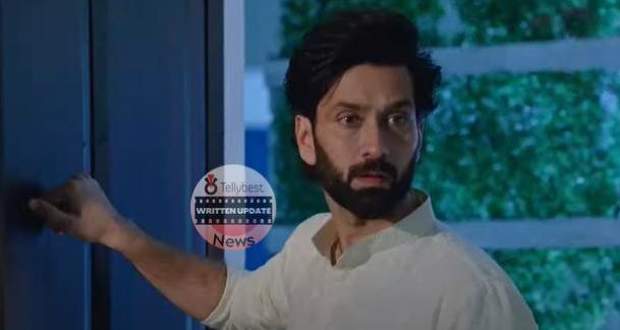 Shubham bets Priya was stealing Pihu away from Ram while Nandini plays the good mother and says it doesn’t matter since Priya and Pihu are still in the Kapoor Mansion.

Meanwhile, Priya asks the security guard how the CCTV footage of last night got deleted while Ram confronts Priya, showing her the footage given to him by Nandini.

Ram scolds Priya while Priya tells Ram she was scared because she thought he was taking sole custody of her.

Priya tells Ram he has full rights over Pihu’s life and vice versa but Ram asks Priya why should he not take sole custody of Pihu.

Shouting, Ram states that his daughter will not spend another night on the road, empty stomached, with mosquitoes biting her as long as he is alive.

Pihu who is standing a foot apart from her parents with Nandini hears that Mr. Khadoos is her father.

She gets disappointed and leaves Nandini’s hand while Nandini tells Ram and Priya that Pihu heard them.

Both of them get shocked and Nandini suggests Ram forget the past and move on.

Priya says she will talk to Pihu herself but Pihu is nowhere to be found in Kapoor Mansion.

Ram scolds the guards who inform him about the CCTV cameras not working since last night.

While Ram goes out in search of Pihu, Priya sees Vedika and suspects her of kidnapping Pihu.

Vedika plays it cool, asking Priya if she hit her head somewhere.

Suddenly, Priya remembers hitting Vedika and asks if it was her last night who tried to kidnap Pihu.

Before Priya lashes out at Vedika, Ram calls Priya, asking her to come fast outside.

Ram spots Pihu’s star necklace and Priya consoles him while he cries.

He states that Priya knows more about Pihu but Priya assures Ram that Pihu is his living shadow.

On the other hand, Pihu has locked herself in a room, hugging a pillow, and says she only wants her family to be complete, curious to know why Ms. Sood or Mr. Khadoos never told her the truth.

While Pihu’s eyes get watery as she tries to draw a picture, she sees a shadow approaching her from the open door.