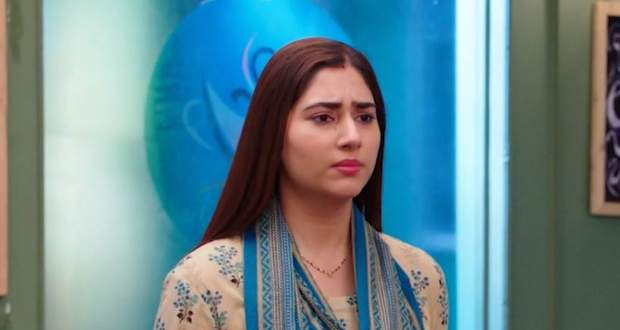 Today's Bade Ache Lagte Hain 2 23rd May 2022 episode starts with Priya telling Ram that her anger has reduced after Ram promised to add Nandini's name as a custodian on his property.

Further, seeing Priya's cuteness while she is drunk, Ram asks Priya to promise that she'll never drink with anyone else other than him.

When Priya says pinky promise, Ram falls even more for Priya and they absorb their moment with a long romantic hug.

The next day, Priya recalls how Mahinder had brought Varun to the rescue while Sara was struggling with the decision of keeping her child or aborting it.

Priya remembers how they accepted to get Sara and Varun married at the earliest without running any background check for Varun.

A bigger twist is the day Mahinder introduced Varun was the date 6th June 2007 the day Virendra was killed in an accident.

Priya tells Meera that Varun was the one who stole papers for Shashi from Ram's suite.

Shivina overhears this but ignores it for the moment.

On the other hand, Krish waits for Varun and Shashi but Varun arrives alone.

While Krish receives a call, Varun walks toward Krish with a knife in his hand.

Fortunately, Ram arrives there before Varun attacks him.

Krish mentions Varun being the one who stole the share-transfer papers from Ram's presidential suite.

After finding out that Priya knew about Varun's truth, Ram feels dejected.

Ram thinks that Priya hid such a big truth from him again without realizing that he was the one who did not let Priya talk to him about something important she wanted to tell.

In the meantime, Priya questions Meera why didn't they check Varun's background before getting Sara married to him.

Seeing the situation, Meera lies to Priya that she had done a background check on Varun.

Though Priya believes Meera, Priya's heart is terrified with the fear of losing Ram after he finds out Varun's reality.

In a flashback, Meera is seen finding out that Varun was involved in Mahinder's illegal activities.