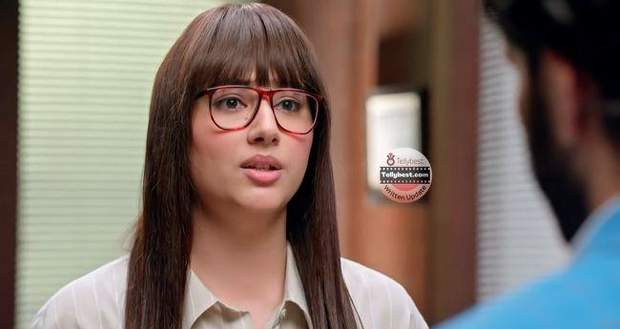 Today's Bade Ache Lagte Hain 2 23rd November 2022 episode starts with Ram drinking water at Sood House and saying that he feels like he has been here before.

Sarah worries about Priya's cover being exposed to Nandini but Aditya assures her that Priya's eyes have an ambitious fire this time.

On the other hand, Ram says he has a meeting for 2 at the night and needs Lovely's help.

Lovely tells Ram that he is an unusual person while he asks Pihu if her mother is always strict or not.

Lovely reminds Ram that she is not his PA anymore as his girlfriend, Vedika, fired her.

Ram gets shocked and covers Pihu's ears while telling Lovely that Vedika is not his girlfriend.

Pihu grows tired of their bantering and whistles to stop them.

She tells them that she will be the judge of who is right or wrong.

However, Ram feels it will be partiality since Lovely is her mother.

Pihu almost says that he is her father but stops herself.

She then asks Priya & Ram to debate and solve the matter peacefully just like Meera Ma says to.

At Kapoor Mansion, Sid returns and says he can help Nandini instead of Vedika.

However, Nandini asks him to just keep Priya & Ram away from each other while she is in Shimla with Vedika.

At Sood House, Priya tells Ram he needs the best of luck more as they both lean back against the pillar to start the debate.

Priya says he should not have accepted her resignation letter while Ram states he thought she messed up the meeting.

Lovely reveals she felt humiliated in front of everyone but Ram shuts her mouth by covering it with his palm.

Ram steps back and caresses Lovely's hair while she fixes her spectacles.

Ram reminds Lovely that he needs her.

Pihu then draws Lovely & Ram together and asks them to sign a contract.

Both of them write that they will not fight & work harmoniously.

She then takes the drawing paper to have it framed but Priya notices that Pihu is holding RaYa's marriage photo together.

Priya squeals after knocking her foot against the table to distract Ram while he gets a flashback.

He collapses on the chair while Pihu & Priya get worried.

They take him to another room and lay his unconscious body on the bed.

Pihu apologizes to Priya while Priya contemplates whether to call Vikrant for help or not.

© Copyright tellybest.com, 2022, 2023. All Rights Reserved. Unauthorized use and/or duplication of any material from tellybest.com without written permission is strictly prohibited.
Cached Saved on: Wednesday 23rd of November 2022 11:18:51 PMCached Disp on: Thursday 1st of December 2022 01:11:38 AM