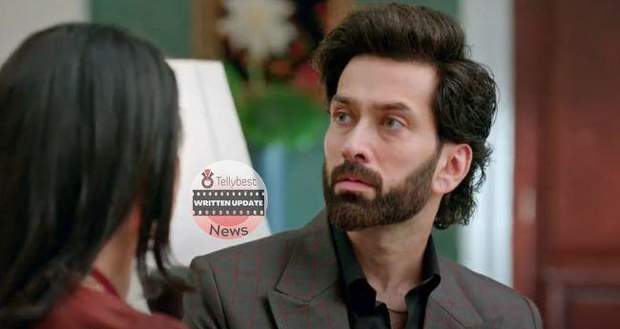 Ram gets hysterical and starts searching for Pihu upstairs.

Meanwhile, Priya sees Pihu’s drawing on the bed and says she knew Pihu must be here.

Ram gets angry with Krish saying he must have informed Ram about Pihu being here but Priya understands the bond between Krish and Pihu.

Telling Ram to follow her, Priya arrives at her house and asks Sarah where Pihu is.

Panicked, Sarah tells Priya that Pihu went straight ahead into the room with Krish and locked herself.

Ram gets frenetic and knocks on the door, saying Pihu is free to ask any questions but locking herself in a room is no solution.

However, Pihu says she is not stupid and calls both Ram and Priya liars since they are always fighting.

Further, Pihu claims she doesn’t want to live separately with Ram or Priya while Krish advises Pihu to open the door and listen to them.

Pihu stares at Krish and says if Mr. Handsome loves her, he must help her.

Krish goes outside the room and tells Priya and Ram to leave Pihu alone since she is processing all the information.

Further, Krish scolds both Ram and Priya for being careless about Pihu’s emotions.

Both Ram and Priya helplessly sit in front of Pihu’s door, hoping she will come out now.

Ram then asks Sarah to prepare something for Pihu and Sarah serves Pihu her favorite cheese sandwich.

Priya also asks Ram to not be stubborn and eat something if he wants to talk to Pihu and not get sick.

Meera gets emotional and says Ram and Priya’s destinies always bring them together.

Later, Priya gets sleepy and puts her head on Ram’s shoulder while Pihu takes a sneak peek at both of them.

After Ram gets sleepy, Priya realizes his head is not comfortable and lets him put his head on her knee.

In the night, Pihu talks to herself and says whatever she wants, she will get it through her Gannu Ji.

Morning arises and Priya and Ram both rush into Pihu’s room.

However, Pihu is not present and Sarah informs both of them about Pihu going to the Mandir with Meera.

Further, Sarah says Pihu is confused and wants some time.