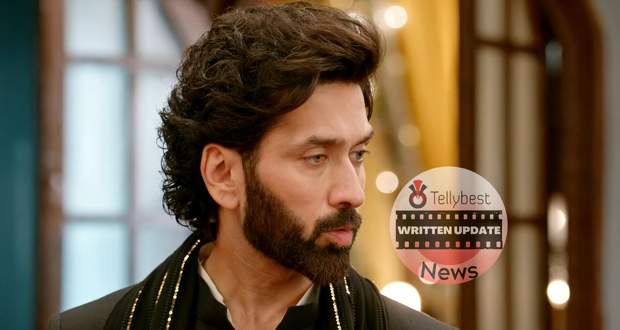 Today's Bade Ache Lagte Hain 2 24th August 2022 episode starts with Pihu refusing to sit at the interview as Priya tries to persuade her.

Priya tells Pihu that they cannot use Ram’s car for taking Maitri if she does not help him and asks her to remember the time when she wrote about her father.

Pihu sits at the interview and says that Ram is nothing like Priya explained to her as.

Describing Ram as a bit “kharoos” and mean, Pihu says that after getting to know Ram she has realized that Ram is a very good-hearted person in reality.

Nandini and Vedika get shocked at hearing Pihu’s words as she compliments Ram as her father who loves her very much.

Pihu says that Ram secretly takes care of her, and behaves as if he does not care but is very concerned about her well-being as a father.

The minister believes in Pihu’s honest words about Ram and says that Pihu is saying things from her heart.

Meanwhile, Ram assists Priya in helping Maitri to deliver the baby and motivates Maitri to push the baby.

Priya tells Maitri how she gave birth to Pihu in jail and found back her life with Pihu’s birth.

Hearing Priya, Ram gets shocked and emotional as he was not there to support Priya at her lowest.

After intense pushing and labor, Priya succeeds in delivering the baby and tells Ram and Maitri that it is a boy.

Ram gets to touch the baby in his arms and cries while looking at the newly-born life in his arms.

Just then, Aditya video calls Ram and Priya receives it to convey the news that Maitri has given birth to a baby boy.

Everyone gets happy to hear the news and congratulates Maitri through the monitor screen.

After handing Maitri her baby, Ram and Priya share an intense hug where Ram forgets everything about their misunderstandings.

The minister announces that the deal is officially taken over by Ram now and they will sign the papers the next day after Janmashtami.

Later, Nandini and Vedika say that Priya will be with Krish as he will propose to her which Ishaan overhears.

Sarah and Sandy arrive at the warehouse by ambulance and take Maitri with them to the hospital.

While wearing a boxing glove, Priya accidentally hits Ram on his face which leads to the breakout of a war between them.

Ram and Priya fall to the floor with Priya crashing on Ram while they try to have a boxing match with each other.