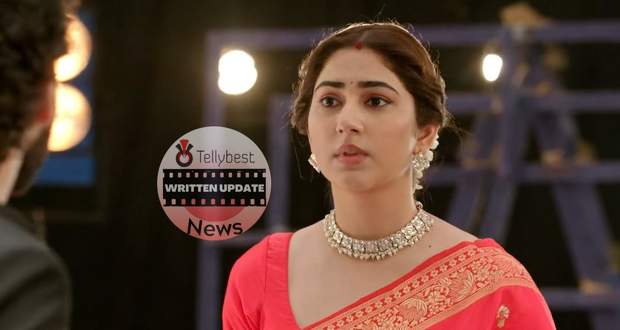 As the puja preparations get completed, Meera scolds Sarah for not wearing bangles on her wrists as a married woman.

Hearing Meera’s words, Pihu rushes inside and brings a pair of bangles for Priya (so that she does not get scolded) to wear which turns out to be the possession of Ram’s mother.

Ram gets happy seeing that Priya has kept those bangles safe with her and asks Pihu to help him in making Priya wear those.

Priya decides to tell Ram the truth about Pihu after the puja gets over.

Seeing Ram and Priya together, Nandini and Vedika burn in anger and give the confession video of Ishaan to Kanika.

The puja starts and Ram and Priya bathe the idol of Lord Krishna and do the arti together along with Pihu.

Kanika asks the minister to sign the deal with Ram as it is the best moment to finish the auspicious thing.

Ram begins to search for Priya everywhere as he wanted her to stay with him the moment, he signs the deal.

However, Pihu fills the void of Priya and shares Ram’s happiness with him.

Meanwhile, Brinda calls the doctor to inquire about the DNA results but fails to hear anything due to a bad signal.

After the deal gets signed, the police suddenly arrive and call Ram to have a talk with him.

Vedika signals Kanika to hand over the video to the police but Kanika denies doing so and makes an excuse.

Nandini, who was threatening Priya swiftly, gets silent as she hears Kanika saying that she called the police to congratulate Ram on the deal.