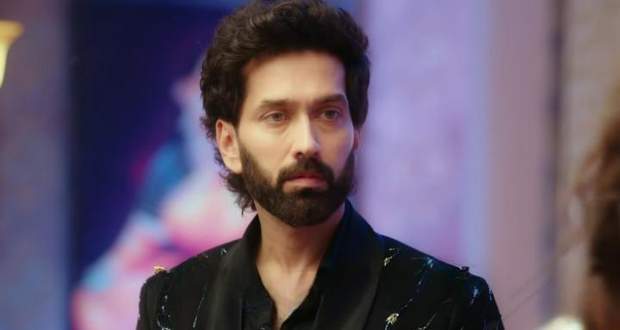 Today's Bade Ache Lagte Hain 2 26th July 2022 episode starts with Priya receiving the pictures of Ram and Pihu together and getting happy as she wants them to love each other.

Priya dreams about Ram and Pihu coming to her as a father-daughter and the three of them living together happily.

However, as soon as Priya wakes up, she realizes that something like that can only take place in dreams.

Suddenly, Priya receives a message from an anonymous person who tells her that they know about the real culprit behind Shivina’s death.

They say that Priya just went to jail so that she can protect them but once Ram gets to know, he will never let the culprit live peacefully.

Priya gets nervous about seeing the message and wonders who the sender can be as no one except her, Krish, and Ishaan are aware of the truth.

Meanwhile, Vedika is revealed to be the mastermind who now knows that Ishaan was the one who pushed Shivina.

Vedika decides to keep this information as a trump card that she will use later and calls Shubham to distract him in other ways.

On hearing from Vedika that Ishaan is not hiding anything, Shubham suspects Vedika and tries to pressure her.

However, Vedika reminds Shubham how he is the one who is sneakily taking away all the profits and pushing Ram over the edge.

Shubham swears to teach Vedika a lesson that Priya overhears and mistakes it meant for herself.

Priya thinks that Shubham is the one who is blackmailing her and decides to investigate the matter by herself.

In the meantime, Ram asks the driver to leave the car while turning the AC on as he does not want to wake up Pihu who is soundly sleeping on his shoulder.

On calling Ram, Priya hears the ring from outside and spots Ram and Pihu sleeping cozily together.

Priya tries to wake up Ram but smiles at herself while clicking their pictures because they look adorable together.

The next morning, Ishaan wakes up with a headache and gets scolded by Sarah who tells him how he misbehaved earlier after getting drunk.

Priya arrives there and gets to know that Shubham was the one who brought Ishaan back which confirms her suspicion.

Later, Pihu hears Ram talking with Aditya about his shoulder pain because Pihu slept on his arm the whole night.