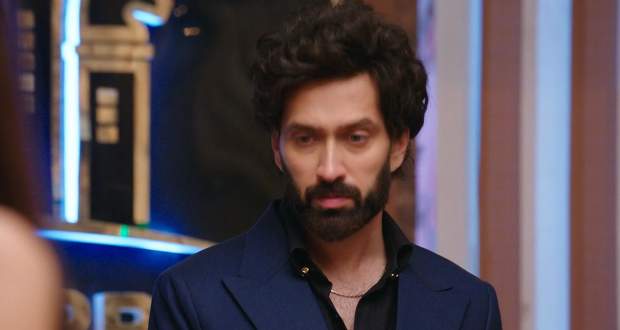 Ram and his family proceed with the puja preparations while Priya walks out of the temple with a gloomy face.

Seeing Ram staring at Priya with hurt eyes, Kanika seems to get more attracted to him and tells Vedika about it.

Meanwhile, Priya remembers that Pihu is still inside the temple and thinks of a way to bring her out without coming in front of Ram.

Pihu dresses up as Hanuman Ji with Meera and Maitri appreciates her look and clicks pictures of her.

At the same time, Nandini suddenly collapses in the temple with Ram somehow holding her from falling.

Ram asks for water and gives it quickly to Nandini and asks her if she has taken her medicine that day or not.

Nandini confesses that she has forgotten to take it while Kanika leaves for 5 minutes saying that she has to touch up her makeup.

As Ram gets up to fetch the medicines from the car, the minister tries to stop him as he has already understood Kanika’s intentions.

However, Ram does not listen to the minister and leaves to get the medicines by himself.

After 15 minutes, when Vedika raises the question about Ram still not coming back, the minister proceeds to check by himself.

Meanwhile, Kanika latches onto Ram while he rummages through the car for the medicines.

Ram tries to distance himself from Kanika but Kanika intentionally clings to him with malicious intentions.

On the other hand, Pihu runs off to hide by herself so that she can surprise Priya when she tries to find her.

Pihu mistakenly hits Kanika with her gada and saves Ram from getting molested by her.

However, Kanika still does not let go of Ram’s hands which the minister sees along with Priya.

The minister accuses Ram of being characterless for flirting with his wife and announces that the deal is canceled between them.

When Nandini tries to negotiate with him by bringing Ram to clarify the matter, the minister straightaway refuses.

Priya gets the message that Pihu is out of the temple with Meera and Maitri but hesitates to leave after seeing Ram getting accused.