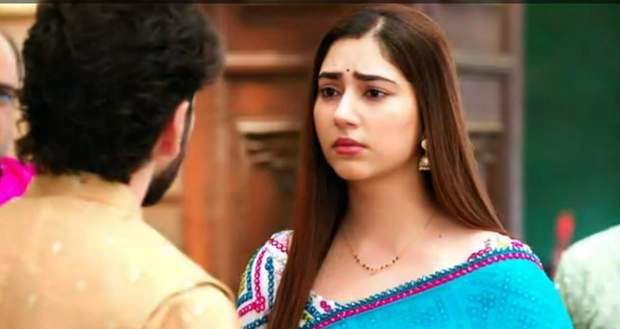 As Ram and Krish enter, they spot Meera and Sarah there who ask why they have come there, after insulting Priya.

Ram asks Meera where Varun is to which Meera replies that she does not know as he has not come there since morning.

With Krish revealing the tracking device, Ram reveals that Meera has warned Varun not to come there prior to their arrival.

Ram accuses Meera to side with Varun who is a criminal as he is acquainted with Mahender Sood.

However, seeing Meera and Sarah silent after asking about Varun, Ram concludes that Meera has chosen Varun over him.

Ram declares that he will seek justice for his father in his way from now on and Meera cannot complain about that due to this incident.

Krish receives a message from Priya and tells Ram that they have to leave immediately.

After Ram leaves, Meera and Sarah break down in tears as they had to protect Varun for Ishaan’s sake.

Meanwhile, Priya records the whole confession of Mahender Sood and Varun on her phone and reveals herself to warn them.

Mahender asks Priya to hand over her phone at once and pounces on her when she refuses to do so.

As Varun and Mahender try to snatch Priya’s phone while choking her, Ram comes and holds Mahender’s hands firmly.

Grabbing Mahender by his collar, Ram threatens to kill him if he tries to hurt Priya once more.

The police come and arrest Varun and Mahender with Krish leaving with them to present the evidence.

Ram and Priya thank each other and Priya confesses that she loves Ram immensely.

However, Ram acts a bit prickly leading to Priya questioning him about what he wants her to do in order to make him trust her.

Ram tells Priya that she has to let Meera get arrested as she is acquainted with Mahender Sood and the murder.

As Priya refuses to believe, Ram presents Meera’s police statement from 15 years ago which states that Mahender was at home the whole day of the accident.

Ram announces that Meera has protected Varun earlier and is sided with them.

However, Priya refuses to believe Ram and gets silent when Ram asks her to choose between him and Meera.