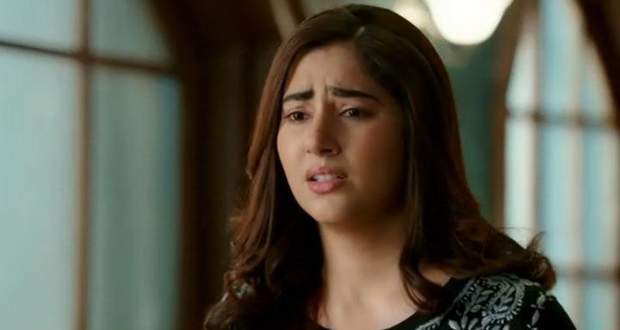 Today's Bade Ache Lagte Hain 2 28th July 2022 episode starts with Priya calling Ishaan to find out if he's getting blackmailed too or not.

She learns that Ishaan has no idea about the threats and hopes that Krish finds the culprit soon.

Meanwhile, Vedika tells her friend to not worry about being caught as the man she has hired is sending messages to Priya from different IP addresses.

Nandini calls her and asks why she's worried as Ram is about to have dinner with Priya and Pihu.

However, she talks back to Nandini and tells her that she should be able to handle Ram.

The servant tells Pihu to eat as Ram will be late but she refuses saying that she will wait for Mr. Kapoor.

Priya gets a call from Krish who talks to her and informs her that Ram had come to his house asking for his advice on a gift for Pihu.

Priya however hears only half of it and thinks that Ram is punishing her by breaking his promise to Pihu.

Elsewhere, Ram sits in the meeting and feels angry thinking that Priya had gone to Krish's house.

Meanwhile, Priya tries to convince Pihu to eat but Pihu gets upset at Ram for breaking the promise and requests Priya to put her to sleep.

Later, Ram returns home and gets angry seeing the card made by Pihu thinking that it is from Priya.

He shouts for Shyamu to serve food but Priya comes there and puts the plate of dinner in front of him berating him for breaking the promise and hurting Pihu's feelings.

However, Ram tries to put the blame on Priya while she scolds him and reveals how Pihu went to sleep without eating dinner.

Ram feels guilty but hides it and questions Priya about what she was doing was Krish's house as it matters to him as long as she's pretending to be his wife.

Priya refuses to inform Ram about his family's deeds and informs him that she wasn't hiding from him at Krish's house.

Ram realizes that he got everything wrong but refuses to apologize and argues with her creating even more misunderstandings.

Priya goes to the kitchen to ignore him and accidentally burns her hand to which Ram rushes to help and hugs her as they did in the past.

They both get closer and closer but Priya realizes what's happening and moves back.

© Copyright tellybest.com, 2022, 2023. All Rights Reserved. Unauthorized use and/or duplication of any material from tellybest.com without written permission is strictly prohibited.
Cached Saved on: Monday 21st of November 2022 05:53:55 PMCached Disp on: Monday 5th of December 2022 02:22:09 PM