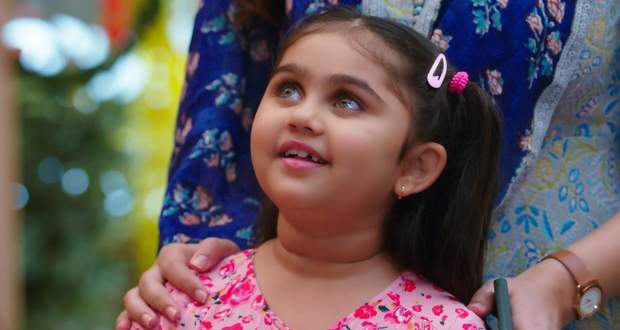 Today's Bade Ache Lagte Hain 2 28th June 2022 episode starts with the minister blaming Ram for hitting on his wife and calling off their deal instantly.

Ram stands up for himself but is left shocked when no one supports him from his family.

As the minister asks Ram what he would have done if it was his wife in Kanika’s place, it makes Ram reach his patience limit.

Ram proceeds to throw hands with the minister but gets stopped by Aditya and others.

Fuming with anger, Ram shouts at Aditya for keeping silent when the minister is blurting out such nonsense about his wife.

After Ram and all others leave, Aditya talks with Priya about Ram’s incident in which Priya at once stands by Ram.

Ram reaches the fair in anger as no one said anything when the minister was insulting him and his wife.

Suddenly, Ram’s eyes fall on Pihu who seems to enjoy herself to the fullest on the merry-go-round.

Ram remembers how she hit Kanika on her head which led to Ram checking on her for any wounds.

Asking the staff to stop the ride, Ram throws money at him and says that the ride will not go on anymore.

Pihu acts savagely to Ram when he asks her to apologize to him and calls him her dad as he acted like one in the shopping mall.

Meanwhile, Priya complains to Sarah about her remaining silent when Ram was getting accused by the minister.

Priya worries about Ram’s deal and thinks of ways that can help him in that tight situation.

At the same time, Pihu gets pulled down from the ride leaving her upset.

Ram extends his arms for Pihu as he sees her running toward him with a smile on her face.

However, Pihu passes by Ram and gets lifted in his lap by Krish leaving Ram shocked.

Krish also sees Ram standing in front of him and gets nervous as Pihu is his daughter.

Later, at the office, Aditya, Brinda, and others plan to ask Priya for help when Nandini comes in and announces that Ram will marry Vedika.

Ram agrees to the marriage after remembering Krish happily smiling with Pihu.