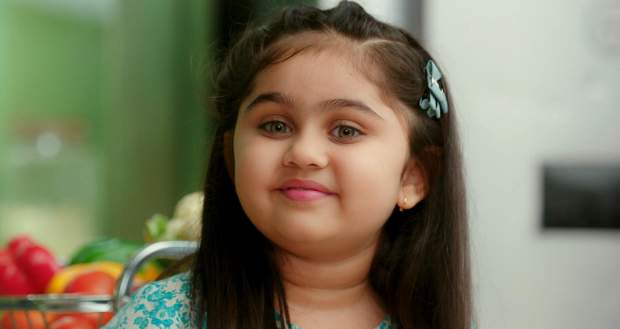 Ram stands still in the kitchen and wonders if he should apologize to Priya or not.

Elsewhere, Priya also thinks to diffuse the situation with Ram due to the awkward moment and goes to her room.

However, they both stop themselves from going further and start thinking.

Priya thinks that she shouldn't let this drama go on for the sake of Ishaan and Pihu as she won't be able to handle everything if the stalker actually has any proof against Ishaan.

The next day, Adi, Sandy, and friends of Priya are planning a birthday party for her while Vedika and Shubham also join.

Meanwhile, Pihu talks to Krish and gives him a description of the dress she wants to gift Priya for her birthday but he doesn't understand it.

Further, Krish tells Pihu to draw the outfit and send a picture to him and he promises to find the dress for her.

Ram overhears them and tries to apologize to Pihu with the help of chocolates but she refuses to accept his apology and leaves.

Ram sees the drawing and takes a picture of it thinking to win Pihu back by getting her the dress she wants for Priya.

At the same time, Priya worries about the stalker and paces around the living room while Shubham tells her that he has been keeping an eye on her.

Shubham tells Priya about the after-party arranged for her after her birthday party while Priya tells him that she is helping them so that she, Pihu, and Ishaan don't have any problems.

Shubham wonders why Priya took Ishaan's name but keeps his composure and says that no one will have any problem if things so smoothly.

Priya thinks that Shubham is the stalker based on his words.

Elsewhere, Krish goes to Priya's mother Meera and asks her about the outfit while her mother reveals the importance behind it.

At the same time, Ram, Adi, and Brinda are trying their best to get the dress and go to Dombivili to search for it.

Priya's mother informs Krish that she had challenged Priya that her prince charming will bring the dress for her.