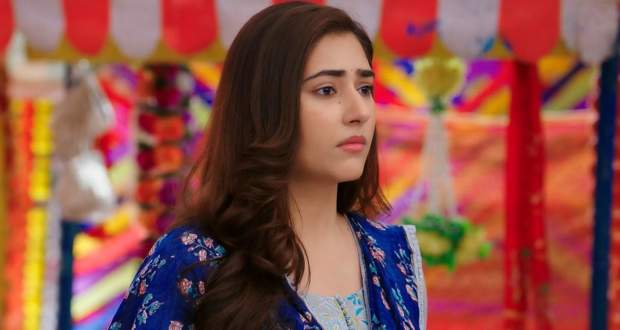 Surprising everyone, Ram also agrees to marry Vedika as he remembers the smiling faces of Priya and Krish with Pihu.

Aditya, Brinda, and others try to make Ram understand that what he is doing is not the right thing.

However, as Ram reveals that he has met Pihu who is Krish’s daughter earlier, everyone gets silent as they know Ram is in a bad mood.

After Ram leaves, Brinda tells everyone that they cannot let this marriage happen and have to stop it at any cost.

Meanwhile, Ishaan devices a plan to get Ram and Priya close to each other and asks Sandy to help him with it.

According to Ishaan, if Ram and Priya’s past interview gets famous once more then the blemish on Ram’s character will be dissolved.

Aditya comes along with Brinda and Vikrant and gets impressed on hearing Ishaan’s plan to solve the issue with the minister.

Vikrant calls Sarah and tells her about Ram agreeing to the marriage which gets overheard by Priya.

Hearing about Ram moving on with Vedika, Priya proposes Krish take her and Pihu to dinner to celebrate the news.

Sarah reaches the bakery and gets to know that Ram has seen Krish with Pihu and thinks that he is her father.

Just then, Aditya discloses the name of the restaurant where Ram has gone with Vedika while Sarah panics on hearing it.

Sarah says that Priya, Pihu, and Krish have also gone there for dinner at the same time.

Moving to the restaurant, Vedika asks Ram to cooperate with her and hands him a ring with which he will propose to her.

Priya, Krish, and Pihu arrive there for dinner and the topic of “Mr. Kharoos” arises somehow picking Priya’s attention.

Meanwhile, Pihu comes face to face with Ram once again while picking up her rose leading to Priya and Krish bumping into Ram.

Pihu declares that she will clear all past problems with Ram while Ram constantly mocks Priya for moving on after betraying him.

© Copyright tellybest.com, 2022, 2023. All Rights Reserved. Unauthorized use and/or duplication of any material from tellybest.com without written permission is strictly prohibited.
Cached Saved on: Monday 21st of November 2022 10:10:52 PMCached Disp on: Thursday 1st of December 2022 09:41:52 PM