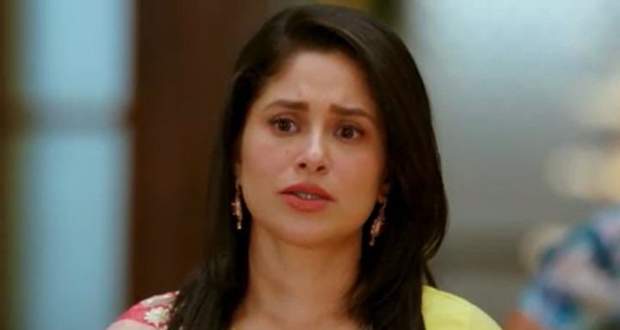 Ram’s phone starts to ring and Nandini tells him to pick it up while she tries to calm down Shubham.

On picking up the call, Aditya speaks on the other side and asks Ram to come out of the house for 5 minutes.

Ram refuses to come at first but after Nandini convinces him that it is alright for him to go and talk with Aditya, he leaves the room.

Shubham breaks down completely and blames himself for Shivina’s death.

However, Nandini asks Shubham to never mention his plan again and tells him that is Priya who killed Shivina.

As Ram comes out, Aditya and others inform Ram that Priya fainted in the jail.

On hearing that, Ram becomes restless and asks Aditya how Priya is to which Aditya and Vikrant ask him to meet Priya once at the jail.

However, Brinda interrupts and tells Ram that she will go in his place as his meeting with Priya can cause disputes between him and Nandini.

Meanwhile, Priya refuses to meet with Meera which tears Meera’s heart into shreds.

Krish tries to comfort Meera but she blames herself for ruining Ram and Priya’s life.

As Meera decides to confess all her wrongdoings, Krish steps in and tells Meera that Ram will release Priya by himself after he gets to know that Priya is pregnant.

Meera sheds happy tears on hearing about Priya’s pregnancy and prays for the situation to get better.

Later, Priya calls Ram on his phone which gets received by Nandini.

Priya tells on the call that she is pregnant and Ram is going to be a father, in reality, this time.

Without answering, Nandini hangs up on Priya and remains shocked on hearing about the pregnancy.

Nandini swears that she will not let Priya come back into Ram’s life at any cost.

Later, Brinda comes to meet Priya and asks her why she did such a thing to Ram.