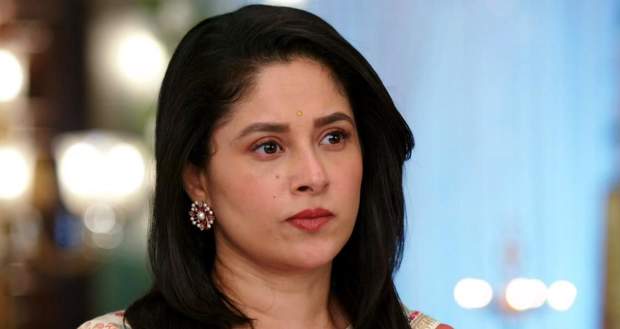 Priya tells Ram that she will not choose between him and Meera as she has a responsibility toward both of them.

With determination, Ram asks Priya what she will do if Meera turns out to be an accomplice of Mahendra Sood.

Priya replies that she will accept her defeat and congratulate Ram, and leaves from there.

Meanwhile, a major argument breaks out between Shivina and Ishaan regarding Varun being a criminal.

Shivina mocks Ishaan by taunting him about Varun killing her father which makes Ishaan angry.

On seeing Ishaan blindly trusting Varun, Sarah tries to explain to Ishaan that Varun is not his actual father.

However, Ishaan becomes aggressive on hearing the truth and begins to break things around the room.

Priya comes to the rescue and pauses the chaos between Shivina and Ishaan.

At the same time, Krish tries to make Ram understand that Meera may not be guilty as he is thinking.

Krish also confesses that he has liked Priya since his college days and takes his leave from there.

Ram decides to meet Priya and talk the matter out in a calm and composed way.

As planned by Shubham, Shivina calls Ram and complains about the whole family torturing her.

Ram gets shocked on hearing Shivina but comes to believe it after hearing Meera acting rudely to Shivina.

Shivina proceeds to leave the house while Aki and others try to stop her.

On her way out, Priya stops her and asks Shivina to talk about everything with her but Shivina refuses to do so.

On seeing Priya getting pushed by Shivina, Ishaan becomes aggressive and pushes Shivina down the stairs.

Shivina hits her head on the wall and falls to the floor while Ram enters there just then.