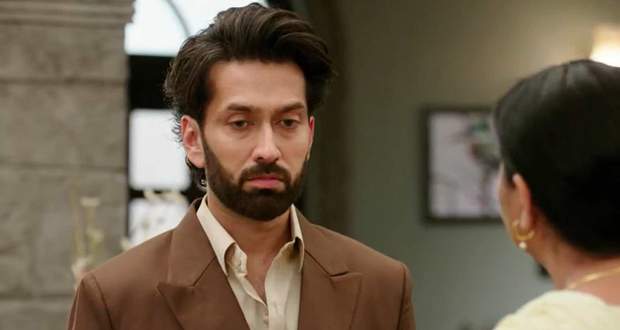 Today's Bade Ache Lagte Hain 2 31st May 2022 episode starts with Ram arriving there as Shivina lands on the floor after hitting her head.

Ram rushes to Shivina and takes her head on his lap while trying to wake her up.

Along with Priya, other family members also come out and get shocked at seeing Shivina’s condition.

Ram accuses Priya of trying to threaten Shivina and denies listening to Priya’s side completely.

Highlighting Shivina’s complaints and crying on the call, Ram concludes that Priya’s family has tortured Shivina to death.

Aditya arrives with the doctor to treat Shivina making Ram a bit relieved.

While the doctor checks Shivina’s vitals, Shivina opens her eyes a bit and finds Priya and Ram looking over her.

Shivina slowly tells Ram “I love you” and breathes her last on Ram’s lap.

Everyone breaks down in tears with Akshay still not ready to believe that his wife is dead.

Ram screams for the person who is responsible for Shivina’s death but freezes in his spot when Priya comes forward.

Priya tells Ram that it was her who pushed Shivina mistakenly while trying to stop her from leaving the house.

Hearing this, Ram goes mad at Priya and screams in anger while Aditya holds him back in his position.

The police arrest Priya and take her away from there with Ram being broken from both sides.

Meanwhile, Nandini, Shubham, and others celebrate their victory and wait for Ram and Shivina’s arrival when Ram enters there in his gloomy state.

After Nandini and others force him to tell them what the matter is, Ram reveals that Shivina is no longer with them in this world.

Nandini breaks down into tears on seeing Shivina’s dead body and bawls her eyes out while expressing her love for Shivina.

However, after getting to know that Priya was the one who pushed Shivina from the stairs, Nandini asks Ram to seek justice for Shivina and punish Priya for her deeds.

© Copyright tellybest.com, 2020, 2021. All Rights Reserved. Unauthorized use and/or duplication of any material from tellybest.com without written permission is strictly prohibited.
Cached Saved on: Friday 30th of September 2022 06:13:41 PMCached Disp on: Saturday 1st of October 2022 05:49:01 PM