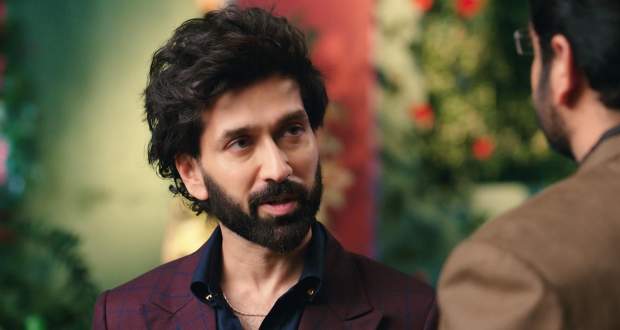 Nandini stops them from fighting and agrees with Shubham that for this matter, they need the help of Priya.

Asking Shubham to find out where Ram is, Nandini says that she will plan out everything smoothly about how to deal with Priya.

Meanwhile, Aditya, Sarah, and Vikrant wonder where Ram and Priya are when suddenly a truck arrives in front of the bakery.

Ram comes out of the truck and says Priya and Pihu are in the trunk.

Sarah and Vikrant take Pihu back to their house with the necessary luggage while Priya goes inside the bakery with Ram.

On entering the bakery, Ram and Priya get reminded of a lot of past memories they spent together while staring at each other in silence.

Ram decides to break the silence and tells Priya that she has to help him by living together with him as his wife.

Priya gets shocked on hearing that while Ram clarifies the main objective behind his proposal.

Reminding Priya about the minister and his allegations, Ram says that he needs to show the media and general public that he is a family man.

However, Priya hesitates to help Ram as the thought of Pihu emerges in her mind.

Ram tells Priya that Pihu shall be able to help them if she loves and respects Priya as her mother.

As Priya begins to walk out, she bumps into Nandini who says that Pihu will not be involved in this matter.

Nandini tells everyone about her plan about arranging a cocktail party at night and portraying Priya and Ram as a couple who have reunited.

Still, Priya says that she will think about Nandini’s proposal and leaves the bakery.

Later, as Priya returns to take her bag, she hears Ram telling Aditya that he will never let a child get used by others due to his own selfishness.

Priya comes to a decision after she hears that Ram will have to go to jail and will be publicly humiliated if the deal fails.

Later, at the office, Priya arrives with flowers and greets the minister as she invites him to a jagrata in their house.

Being a religious person, the minister agrees to come and leaves.

Ram thanks Priya for helping him and promises not to involve Pihu in this matter.

© Copyright tellybest.com, 2020, 2021. All Rights Reserved. Unauthorized use and/or duplication of any material from tellybest.com without written permission is strictly prohibited.
Cached Saved on: Friday 5th of August 2022 02:40:28 AMCached Disp on: Sunday 14th of August 2022 11:17:07 AM