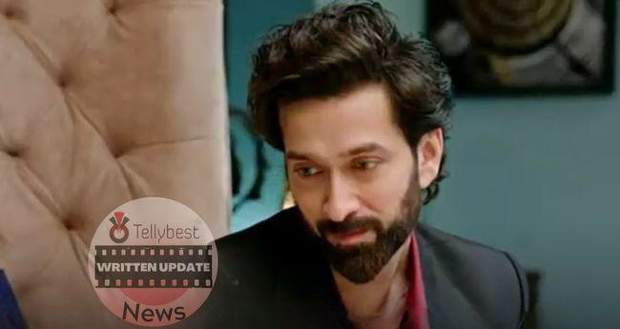 A shy Priya then instructs Ram how to make waffles and he prepares delicious waffles for his daughter.

In the end, Pihu scolds Ram for messing up the table and says she will clean it all since she is ready to work in the kitchen.

Ram looks at Priya confusingly as Pihu states if she wants to earn money, she will have to study but she doesn’t like studying.

Ram feels upset when Pihu says her idol is Tarun while Priya asks Ram to calm down.

Priya states she was using reverse psychology on Pihu when she asked her to study but being mischievous, Pihu turned the tables around.

However, Ram and Priya get into a debate about which profession Pihu should opt for.

Priya crosses her arms & questions, Ram, if he thinks being a cook is not classy while Ram says if he is a businessman, Pihu should become a businesswoman.

Their debate is cut short when Pihu reminds Ram to wash the dirty dishes making Priya chuckle who says kids can make their parents do anything.

Ram splashes the washing liquid while Priya protests him to stop but Pihu enjoys it when Ram makes bubbles with the soap water.

Just then, Sandy enters the kitchen and Ram asks her if Eshaan went to the police station on Janmashtami or not.

Sandy gets confused as Priya also stopped Sandy talking on this topic with Sarah the other day.

Later, Ram scans a file while Pihu switches the TV on and a catchy song plays on the screen.

Ram begins to enjoy it, bobbing his head but when he sees what kinds of scenes the song has, Ram gets scared.

He quickly changes the channel and asks Pihu to watch something else.

However, Pihu asks Ram to put her to sleep after which Tarun comes to inform Ram that the SHO is waiting for him in the office.

At Sood House, Priya looks at one of the emails sent by Shubham to Sandy and asks her why he is so rude even in the mail.

Sandy sighs and says it is daily drama since Shubham uses the company’s money for his personal expenditure.

Meanwhile, Ram asks the SHO if someone by the name of Ishaan visited the police station or was summoned by the police in the last month.

The SHO denies it while Ram begins to think of reasons why Eshaan and Priya were talking outside the police station if they were not called or did not go to file a complaint.

Later, Priya calls Ram who gets panicked when he discovers that Pihu is burning in fever.

Ram asks Tarun to pull the car to go to the hospital while Priya asks him to calm down.

© Copyright tellybest.com, 2022, 2023. All Rights Reserved. Unauthorized use and/or duplication of any material from tellybest.com without written permission is strictly prohibited.
Cached Saved on: Monday 21st of November 2022 06:27:31 AMCached Disp on: Sunday 4th of December 2022 11:13:46 PM