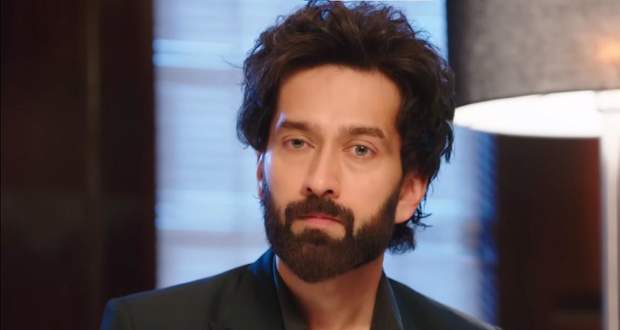 Today's Bade Ache Lagte Hain 2 6th July 2022 episode starts with Sandy telling everyone about the whole plan of how things will go in the jagrata.

Ram and Priya will have to announce to the press that they are together now and Ram will give Priya and Pihu holiday tickets which he will say that he will join after the deal is done.

Everyone praises Sandy’s plan and finalizes everything with Ram and Priya.

Priya tells everyone that she will be there before the minister arrives but Ram replies that he will pick her up.

Meanwhile, Pihu desperately questions Sarah and Krish about how she ended up coming back there from their adventure.

Krish shushes up Pihu by telling her that she came back there due to magic.

Just then, Priya comes back and explains the whole thing to Pihu by telling her that she has important work to complete before leaving.

Pihu asks Priya to take her along with her to the workplace but Priya refuses to do so.

Meanwhile, Vedika refuses to attend the puja in Kapoor’s residence as she cannot see Priya with Ram in front of her.

Nandini tells Vedika that it is all for the sake of the deal and will be over after that night.

However, Vedika tells that she will keep a close eye on Pihu as she is Ram’s daughter and has a unique bond with him.

Nandini feels threatened as Vedika tells her that Priya can overturn tables with the revelation that Pihu is Ram’s daughter.

Elsewhere, Priya hands over the tiffin to Krish who acts grumpy toward her.

As Priya asks Krish if he is upset with her return, Krish erupts in anger and disappointment that she has never understood him.

Krish tells Priya how he considers both her and Pihu more than his family while Priya does not consider him as someone she shall inform before leaving.

While expressing how hurt and sad he felt on just discovering a letter, Krish asks Priya to show at least a little care toward him.

Priya apologizes for taking his friendship for granted and tells Krish that she considers him as her family.

Later, while Sarah and Pihu talk with each other in the garden, Ram arrives and spots Pihu’s medicine box on the ground.

Ram walks toward Priya and Pihu and gives the medicines back while Pihu grunts in irritation on seeing Ram.

Pihu asks Ram to leave and tells Priya to complain to the police about Ram following them.

© Copyright tellybest.com, 2022, 2023. All Rights Reserved. Unauthorized use and/or duplication of any material from tellybest.com without written permission is strictly prohibited.
Cached Saved on: Tuesday 22nd of November 2022 04:42:26 PMCached Disp on: Thursday 1st of December 2022 11:12:41 PM