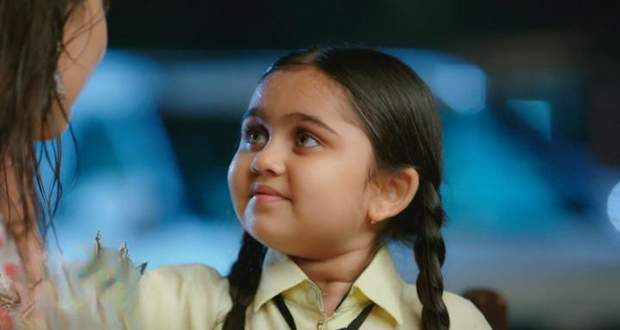 Today's Bade Ache Lagte Hain 2 6th June 2022 episode starts with Ram not willing to believe in Priya’s confession that she has cheated on him with Krish.

Nandini drags Ram away and remembers how she manipulated Priya into saying such a thing to Ram.

As Ram leaves there, Priya breaks into tears and gets reminded of Nandini’s warning of turning the case into murder if she does not leave Ram’s side.

Trying to solidify her claim, Nandini asks Ram to recall the night Priya was kidnapped and came home after changing clothes.

Just then, Shubham comes there with Shivina’s ashes and tells Nandini that Ram will not side with them.

Shubham asks Nandini to leave with him which makes Ram emotional for his family.

Meanwhile, Meera asks Priya why she told Ram that this baby belongs to Krish.

Priya tells Meera that she is paying the cost of her lies by ending her relationship with Ram.

As Priya accuses Meera of breaking her marriage, Meera regrets her decisions and sheds tears.

Later, while Ram was walking on the street, he bumps into Krish and lands a hard punch on his face.

Krish gets shocked to hear that Priya is carrying his baby and that he is the reason for the end of Priya and Ram’s marriage.

Ram cries in agony but still asks Krish to be there for Priya for the rest of her life.

Krish asks Priya why she used his name and offers to be with her as a friend in the upcoming future.

However, Priya declines Krish’s offer and says that she wants to raise her child on her own.

Looking at the rain, Priya remembers Ram and promises her child that she will give all happiness to her.

Meanwhile, Aditya comes to Ram with an umbrella and asks him to come with him home.

Ram replies that everything has ended and there is nowhere to return to for him.