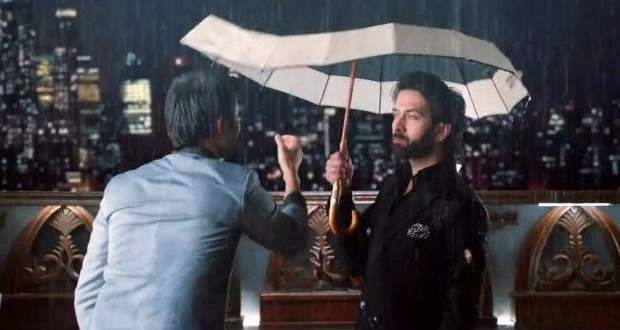 Today's Bade Ache Lagte Hain 2 7th June 2022 episode starts with a leap of 5 years and Priya appearing in her new house where she tutors some girls.

Priya explains to her students about climate change while telling them about the spiritual meaning behind the sudden arrival of rain.

One of the girls named Aditi forgets to do the homework because her boyfriend left her.

Priya asks Aditi to cheer up and tells her that it is not her fault that she fell in love before dispersing them.

After the students leave, Priya complains to the landlord about the leaking roof which the lady dismisses without giving her a solution.

Later, Aditi comes with Priya’s phone which she mistakenly took home, and tells Priya there have been calls from a number.

Priya identifies the number as Pihu’s school and calls them only to get to know that Pihu has been dispersed half an hour ago because of the weather.

Priya quickly rushes to get Pihu in the rain and reaches the girl standing outside the school alone.

Seeing Priya, Pihu sulks as she is late to take her and is getting wet in the rain without letting Pihu join her.

Both Priya and Pihu rush under the rain and get wet while letting the rain fall on them.

Meanwhile, Ram walks inside the house with several people holding umbrellas over him.

Aditya asks Ram to stop the meeting as the weather is getting worse with every minute but Ram does not listen.

On the other hand, Pihu expresses her desire to go to Krish as he has invited her to his house several times.

Priya refuses Pihu about visiting Krish and gets a bit upset when Pihu calls her Ms. Sood instead of “mother”.

Ram reaches the police station after getting a call about Shubham getting arrested.

Seeing Ram, Shubham acts rudely towards him but Ram apologizes to him and agrees to pay the fine.

However, the police tell Ram to talk with the DCP as they have to write an official complaint against Shubham this time.