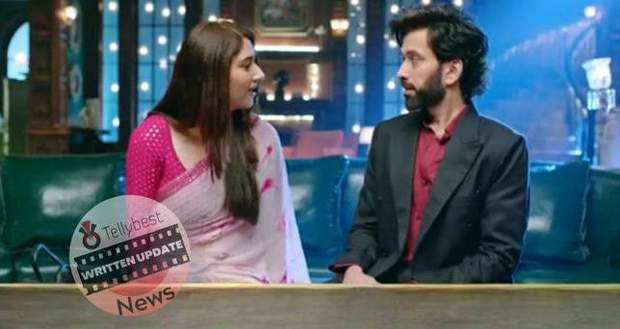 Today's Bade Ache Lagte Hain 2 7th October 2022 episode starts with Priya getting a headache while Ram tells her to stay the night for Pihu’s sake.

Suddenly, Priya asks Ram how he is, stating she hasn’t asked about him after she returned.

Ram answers he has been fine but gets shocked when Priya tells him she thought he would be okay without her.

Ram then asks Priya to honestly answer his questions about Ishan going to the police station on Janmashtami.

He begs Priya to answer but Priya only cries, making Ram calm her down.

Hugging her, Ram tells Priya he won’t ask anything about Ishan now and puts her to sleep beside Pihu.

After stroking Priya’s hair and kissing Pihu’s forehead, Ram feels bad about the distance between them and sleeps beside Pihu.

The next day, Shubham scolds Adi for not transferring money into his account until Adi snaps back at him.

Shubham forcefully asks Adi to sign the cheque until Ram questions Shubham about his rude tone.

Aditya tells Ram that Shubham has withdrawn a lot of money, the amount which had to go into Pihu’s account.

Meanwhile, Nandini tries to calm down a tensed Shubham over the phone and gets irritated to see Priya have lunch with Pihu.

On the other hand, Ram goes to meet Sarah and asks her about Ishan’s departure on Janmashtami day but Sarah says she had no clue of where he went.

Just then, the SHO calls Ram and informs him about no reports being filed against Ishan’s name.

Sandy observes Ram’s inquisitive nature while Ram thinks that he can only get his answers through Eshan.

After Sarah leaves, Sandy tells Ram that Priya does not want anyone to talk about Ishan.

At Brinda and Adi’s house, Ram and Priya attend a brief get-together where Vikrant announces that the next day is Karva Chauth.

At Kapoor Mansion, Nandini and Vedika intentionally talk about keeping a fast on Karva Chauth for parents’ wellbeing and Pihu hears this and decides to keep it as well.

On the other hand, Brinda teases Priya for not drinking.

Aditya laughs and Ram nonchalantly reveals that Priya drank Kadha with brandy in it yesterday.

Priya storms off in anger, while Sarah and Brinda scold Ram for doing so.

Running after Priya, Ram apologizes to her while Priya demands an honest answer as to why he spiked her drink.

Ram states he had to do it and cries as he just wanted to know how Priya feels about him currently or if she misses him.

However, Priya screams that she doesn’t feel anything about Ram anymore.

© Copyright tellybest.com, 2022, 2023. All Rights Reserved. Unauthorized use and/or duplication of any material from tellybest.com without written permission is strictly prohibited.
Cached Saved on: Monday 21st of November 2022 04:51:07 AMCached Disp on: Wednesday 7th of December 2022 04:04:36 PM