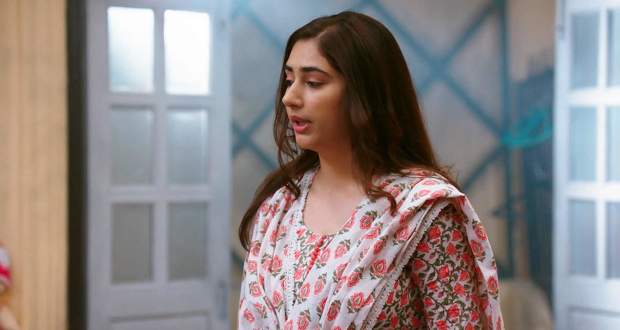 Ram requests Nandini to get back to her normal activities as it has been 5 years since that incident.

While accepting the breakfast, Nandini tells Ram that she will never be able to move on from losing her daughter.

Ram feeds Nandini with his own hands and asks her to take care of herself.

As soon as Ram leaves, Nandini changes her aura and asks herself how long she has to continue this drama of being a traumatized mother.

Meanwhile, Priya asks Aditi about the injury on her wrist and gets to know that it is her father who beat her up.

Priya tries to make Aditi’s mother understand that her husband is committing a crime by beating up her daughter.

However, Aditi’s mother does not take the matter in a good manner and accuses Priya of being the real criminal among them.

The landlord and other neighbors gather around after hearing the ruckus and discover about Priya going to jail for 2 years.

Priya requests everyone not to further stretch this matter as she will silently leave the house.

The landlord bursts into anger and commands Priya to get out of the house in the next 30 minutes.

Priya and Pihu end up on the streets with all their luggage after getting kicked out.

Priya tries to cheer up Pihu by giving her treats and joking with her and remembers Ram through Pihu’s smile.

Meanwhile, Ram flirts with a girl at a bar by showing off his credit card.

The girl asks Ram if he wants to go shopping with her with that credit card so that they spend quality time.

Ram agrees with no emotions showing on his face.