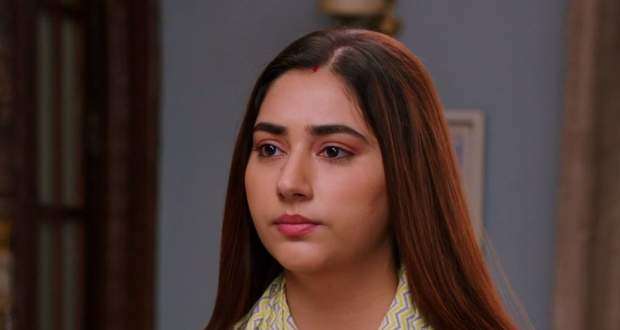 While explaining himself, Ram tells Priya that the Mahashivratri pooja means a lot to him.

Ram adds that his parents used to do the pooja together every year.

So, he wants to continue the tradition with Priya.

Realizing the importance of the pooja in Ram's life, Priya decides to wear the saree she wore at her wedding.

The next day, when Ram sees Priya in her wedding attire, his jaw drops while he beholds Priya's beauty remembering the days of their marriage.

When Priya catches Ram constantly staring at her, Ram looks around to avoid making it seem as if he was leering upon her.

On the other hand, Meera tells Brinda that Priya has worn her wedding saree to show her affection towards her and Ram's relationship.

At the same time, Ram gets a call from the doctor who tells him that Nandini is suffering from high BP and she also mentions going out of the station.

Worried Ram calls Nandini and she smirks because things were going as per her plan.

Nandini says that she'll have to go to Delhi to get the bangle.

When Ram tells Nandini that it is not safe for her to travel, Nandini says that there is no one other than her and Ram who can go to get the bangle.

After disconnecting the call, Ram thinks that for the last few days Priya has been making efforts to make their marriage work and he cannot leave her at the pooja alone.