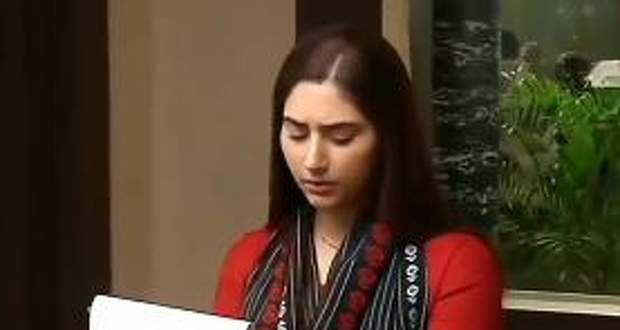 On the other hand, seeing Ram arriving at the car, the driver opens the car's door for Ram.

After Ram sits in the car, the driver congratulates him for winning the case.

While Ram tries to connect the dots, he mentions Shashi's father, Sahil Babbar, and thinks about why did he capture the land that Ram's father Virendra gifted Nandini.

Hearing this, the driver asks Ram doesn't he feels suspicious that the land got captured on the same day as his father got into a deadly accident.

Ram asks the driver to focus on driving.

When Ram walks out of the car, he pauses and asks the driver how did he know that Ram won the case.

Further, Ram also questions how did he know that both incidents happened on the same day.

Giving a hint to Ram that he should find out how did his father die 15 years ago, the guy disguised as the driver escapes.

Meanwhile, Priya walks into the lift to the office.

Suddenly, Ram comes running towards her and enters the lift from a small gap.

Ram informs Priya about winning the case and also shares his thoughts about his father's accident.

Further, Ram tells Priya that a stranger dressed as his driver and dropped him to the office from the court.

Priya scolds Ram for being so irresponsible that he couldn't even make out that the person driving his car wasn't his driver.

Later, Priya decides to find out who was the guy disguised as the driver.

© Copyright tellybest.com, 2020, 2021. All Rights Reserved. Unauthorized use and/or duplication of any material from tellybest.com without written permission is strictly prohibited.
Cached Saved on: Saturday 28th of May 2022 07:57:32 PM