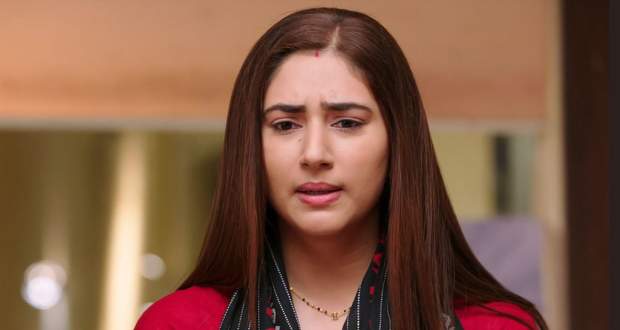 Today's Bade Ache Lagte Hain 2 14th April 2022 episode starts with Priya requesting Krish not to give hopes to Ram without having enough proof.

Later, at night, when Ram arrives home, Priya says sorry to him because she interrupted his meeting with Krish.

Further, Priya tells Ram that she was worried because he acted irresponsibly by letting a stranger drive his car.

Suddenly, Priya gets a message that Sara's mother-in-law expired.

On the way to drop Priya at the airport, to go to Delhi, Priya tells Ram that Sara has a kid of thirteen years.

Hearing this, Ram says that his and Priya's kids will love Ram more than Priya.

Suddenly, the car fills with awkwardness.

However, Ram breaks the silence by telling Priya that she can ask him for help to resettle Sara's family in Mumbai.

In the meantime, Mahinder orders Sara's husband, Varun to make any excuse to avoid coming to Mumbai.

On the other hand, Ram goes for a meeting with Krish where he asks Ram about every detail of the day when Virendra got into the accident.

Ram mentions about three calls to him that day from his father.

In the first call, Virendra informed Ram about going to Alibagh with Vedika's father, Mr. Kumar.

The second call by Virendra was at night in which he asked Ram to find a blue file from his cabin and keep it safe.

However, when Ram was looking into the file, he got the third call in which the inspector informed him about his father's accident.

Ram also says that he couldn't find out what was in the file because he was busy trying to keep his family together.

After hearing everything, Krish says that there are three unknown things in this case: the blue file, Shashi, and Vedika.