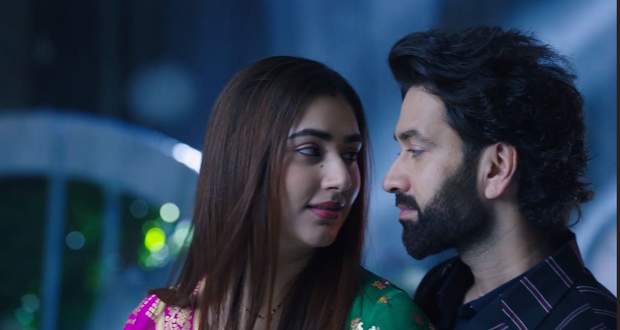 At the same time, Neeraj comes there and tells Priya that Ram is searching for her at the party.

Later, Ram searches for Priya with Adi and Kunal when Vedika calls Neeraj in front of Ram, he tells her that Priya was bored at the party and that's why he is dropping her home.

Further, Vedika tells Ram that everyone is waiting and they should cut the cake now.

Ram interrupts Vedika and asks Kunal to pack the cake and keep it in the car. Vedika tries to stop him but he says sorry and leaves.

In the meantime, Neeraj drops Priya to her room.

As Priya is drunk, she makes fun of Neeraj's hair filled with gel.

Neeraj tells Priya that he knows she feels bad that he married her sister, Maitri.

To this, Priya says that she indeed feels very bad about the fact that her sister married a guy who applies so much gel on his hair.

Further, Priya talks her heart out about feeling special about the bond between the two of them.

To Neeraj's shock, Priya ends her sentence with Mr. Kapoor and he realizes that she is imagining him to be Ram.

After Neeraj leaves from there, he meets Ram and Maitri at the gate.

When Neeraj tries to make Ram jealous by saying that Priya needed him and that's why he helped her, Ram warns Neeraj to stay away from his wife, Priya.

Upcoming BALH2 episode updates: Ram returns to Priya and apologizes for being rude the whole evening.