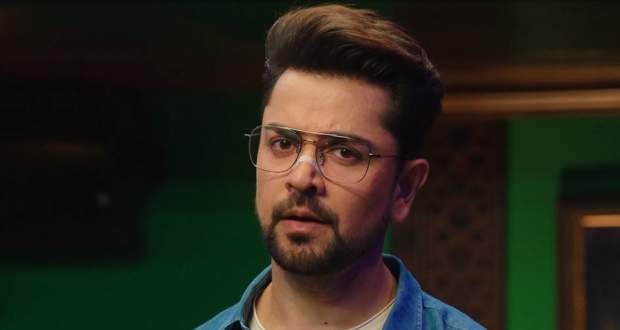 Ram tells Priya that for the first time Priya showed her right to him by committing from his side to Varun.

Also, Ram teases Priya and says that he felt delighted when she addressed him as her husband.

Further, Priya fights with herself in her thoughts thinking about whether she should ask Ram to spend time with her.

The next day, Adi and Vikrant arrive at the bakery.

When Krish reaches the bakery and asks about Vedika, he states that he is assured that Virendra's accident was not a coincidence instead it was a murder.

Mahinder overhears their conversation from a distance.

On the other hand, after returning from Delhi, Ram drops Priya at the market.

While being at the market, Priya bumps into Sheel (Sakshi Tanwar from the movie Mai). Sheel mentions someone following her but later she refuses to take any help and walks away.

Meanwhile, Ram meets Shubham and Akshay who explain to him their new project idea.

Seeing Shubham working hard with Akshay, he feels delighted to have Priya who organized him and his complete family.

In the meantime, Priya gets kidnapped while she was on her way to her office.

At Ram's office, Krish arrives to tell him something.

When Krish mentions Virendra's murder case instead of the accident case, Ram asks Krish to accompany him to the cabin.

However, Nandini overhears them and shockingly repeats the phrase 'Virendra's murder case'.

On the other hand, the kidnappers take Priya to a godown.