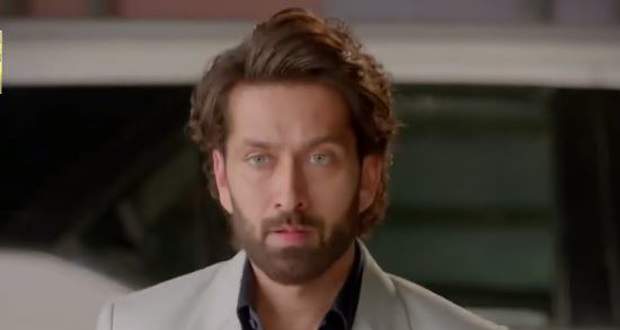 On the other hand, the kidnappers who have captured Priya make her listen to an audio recording that threatens to kill Priya if Ram re-opens Virendra's case.

At the police station, the ACP refuses to believe Sheel who is trying to explain that prove that her daughter was killed and it was not a mere accident.

At the same time, Ram and Krish arrive there.

When the ACP asks Sheel to leave, she walks away after saying that it was a murder, not an accident.

Further, Ram also tells the ACP that even he has come to re-open his father's accident case which feels was a planned murder.

Ram leaves the police station after the ACP refuses to re-open the case.

Immediately, the ACP calls Mahinder and tells him that he has acted according to his demand.

Also, Mahinder reveals while talking in his mind, that he has kidnapped Priya.

In the meantime, Ram is worried as he is unable to connect to Priya.

On the other hand, Priya gets herself out of the clutches of the rope that makes wounds all over her wrist.

However, before Priya escapes the goons arrive there.

When the goons try to tie up Priya again, Sheel arrives there and fights with the goons to rescue Priya.

After escaping from the godown, Sheel tells Priya that she had gone to the police station and also mentions the reason.

Further, Sheel informs Priya that he heard a man mentioning her being kept captive in this godown.

In a flashback, it is shown that Mahindra orders the kidnappers to keep a close eye on Priya.

© Copyright tellybest.com, 2020, 2021. All Rights Reserved. Unauthorized use and/or duplication of any material from tellybest.com without written permission is strictly prohibited.
Cached Saved on: Sunday 2nd of October 2022 05:02:46 AM