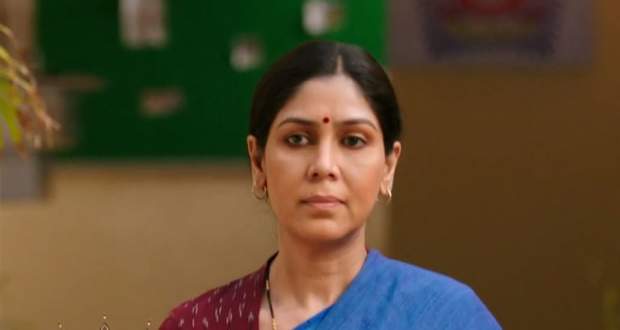 Today's Bade Ache Lagte Hain 2 20th April 2022 episode starts with Sheel and Priya promising each other to make sure they find the real culprit.

On the other hand, Ram is restless as he is unable to connect to Priya.

As he is unaware of Priya's kidnapping, he feels disturbed and angry.

In the meantime, Priya meets Krish at the bakery and narrates the incident of her kidnapping.

Krish advises Priya to tell Ram about the kidnapping however, Priya refuses to stress him out.

Priya says that for her safety Ram will drop the idea of finding out the truth behind his father's accident.

Further, as requested by Priya, Krish gives her a new mobile with the content of her old number.

At the same time, Ram arrives at the bakery and sees Priya with Krish.

After Krish leaves, Ram chides Priya for not connecting to him the whole day.

As Ram was worried for Priya for a long time, he takes out the frustration on Priya.

Later, while Priya and Ram are on their way back to the Kapoor mansion, Priya feels happy that Ram's scolding contained immense love for her.

Recalling Ram's way of expressing love by dedicating a song on the radio, Priya dedicates a sorry through the radio and plays it in the car.

However, Priya says that her bag got stolen along with her mobile.

On the other hand, Shashi orders Mahinder to make sure Ram is unable to re-open Virendra's case.