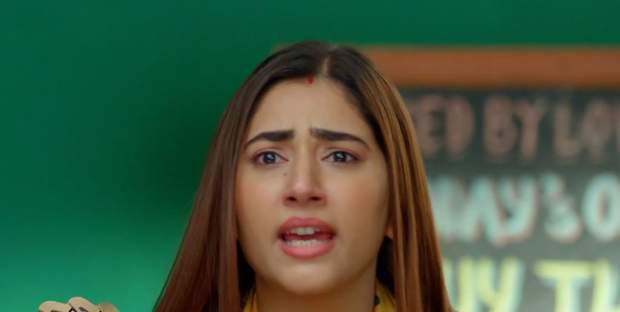 Further, Vedika says that she has found out that the account from which Anjali was getting paid was Akshay's producer's account.

Somehow Vedika uses all her tricks and puts a doubt in Ram's head that Akshay is hiding something.

When Ram says that he needs to talk to Priya first, Vedika says that he should surprise her by proving Akshay is innocent.

Later, Ram asks Akshay and Shivina to meet him at the bakery.

In the meantime, Anjali tells Priya that someone from her family is behind the conspiracy against Akshay.

Anjali says that a person had come to search for Anjali at the outhouse and he was addressing Priya as 'Bhabhi'. Priya suspects that Shubham had tried to wrongly accuse Akshay.

At the same time, Ram and Vedika arrive at the bakery where Shivina presents a cake for Ram.

Ram sends Shivina to get candles and asks Akshay where has he invested the advance money. Akshay lies about investing it in a healthcare company.

While everyone is busy with cake cutting, Vedika puts an envelope in Shivina's bag.

Meanwhile, Priya assures Anjali that whoever is behind ruining her career will be punished. Priya also sends Anjali to her friend's house to stay safe.

Later, Shubham comes to meet Priya to ask her opinion on a presentation.

After returning home, Ram calls someone and asks him to find out about Akshay's investments.

Vedika gets happy because her plans are succeeding.