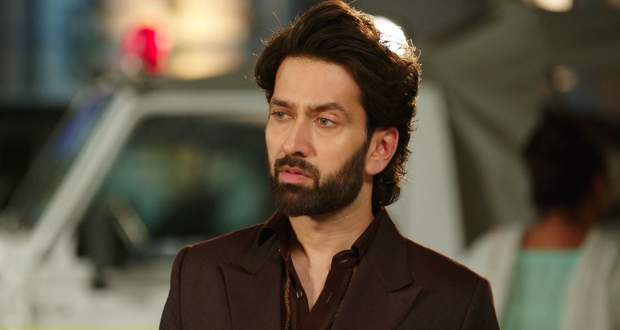 At the same time, Neeraj and Maitri arrive at the Kapoor mansion.

Neeraj talks about Krish and Virendra in front of everyone which makes Shubha, suspicious.

Frustrated by the discussion of the accident, Shivina says that her life is also important and serious.

However, Shivina tells Ram why he cares so much about a dead person who is long gone from their life.

When Shivina asks Ram to let Virendra go to hell, Ram loses his calm and raises his hand.

Though Ram stops his hand in between, Shivina starts to cry without being aware of her mistake.

As Shubham is angry because he was not involved in the decision, he and Shivina keep cursing Ram and their bond and mentioning Ram being a step-brother.

Witnessing Ram's devastation, Priya tries to stop them from mentioning being step-family.

Ram's face falls down as he cries hearing Shubham and Shivina's words.

Compelled by Shubham and Shivina's words, Ram agrees to stop pursuing the case.

Later, Priya gets a call from Meera and she narrates the situation to Meera.

Meera suggests Priya calmly teach a moral to Shubham and Shivina so that they realize their mistake.

Further, Priya goes to the room and sees Ram sitting on the bed trying to hide his tears.

Priya requests Ram to take his wife shopping to buy a new bag.

Realizing that Priya is using the excuse of shopping to keep him distracted from his pain, he agrees.

The next morning, Priya does a fake talk with Krish in front of Ram to show that they are not going to continue the investigation.

However, Krish informs Priya that he has truly found a clue.