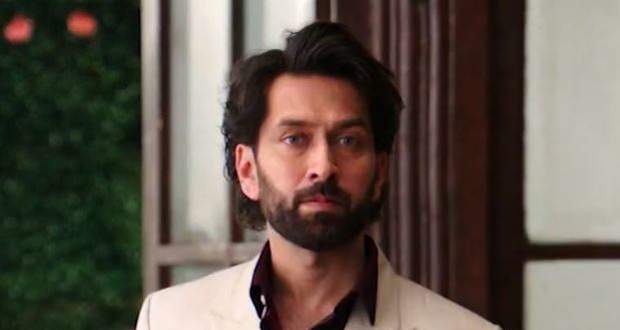 Further, Ram says that Vedika leaving the Kapoor mansion will be the best choice for everyone.

Later, everyone arrives at the Holika Dahan pooja.

Meanwhile, while getting dressed for the pooja, Ram and Priya see a gift box in the room with Ram's name on it.

Seeing a 'Do it yourself Saree' inside it, Priya asks Ram whether he has bought it for Vedika.

Hearing this, Ram asks her why does she think that everything is bought only for Vedika.

When Ram and Priya arrive for the pooja, Priya talks to Sara about Ram's behavior after she reminded him about their condition of not falling in love.

Ram thinks that Priya got hurt and runs towards her to check whether she is fine.

After some time, Vedika arrives there. Brinda and Akshay indirectly address her as Holika, a wicked demoness.

Later, Brinda and Sara tell Ram that he has to tell Priya that they have to paint the saree together.

Sara also tells Ram that Priya panicked when he mentioned that she is being jealous.

So, thinking that she is over involving in their relationship, Priya brings up the topic of their condition on love.

Ram feels delighted to know that Priya also has some hidden feelings in her heart for him.

Before Vedika leaves, Ram tells her that she can call Nandini or Adi whenever she needs any help.