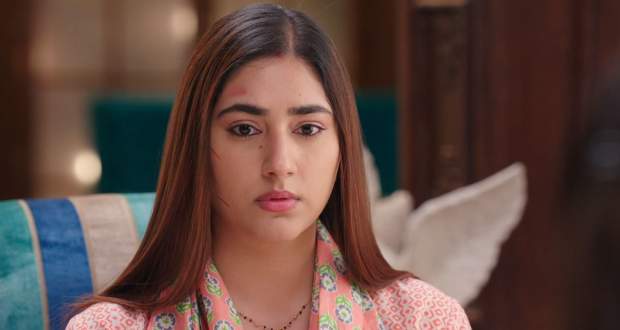 At the same time, Priya gets a call from Ram and goes away to talk to him.

On-call, Ram tells Priya that things will be fine soon and he'll make her his BFF in the future.

Though Ram's words are childish, it brings a smile to Priya's face.

Further, Ram says that even when the situation is hard to face, we can win against it if we are right and truthful.

However, after disconnecting the call, Priya feels guilty for making Ram lose against Mahindra along with her.

Meanwhile, Mahindra leaves after dusting off the evidence against him by deleting his confession video.

Priya warns Mahindra to avoid wandering around her husband, Ram.

On the other hand, wicked Vedika decides to restrict Ram from going to the physio appointment with Priya.

To do so, Vedika stands with lilies in her hand and fake tears in her eyes on Ram's way to the clinic.

When Ram goes to talk to her, Vedika says that she made a mistake by ditching Ram and continues her drama.

Suddenly, Ram gets a call from Priya when Vedika asks him not to tell Priya because it may hurt her.

So, Ram lies to Priya about being in his cabin unaware that Priya is at present in his cabin.

Priya disconnects the call and at the same time, Vedika messages her anonymously stating that when a man starts cheating the first thing he does is 'lie'.

Reading the message and thinking about Ram's lie, Priya feels upset but decides to go to the clinic alone.