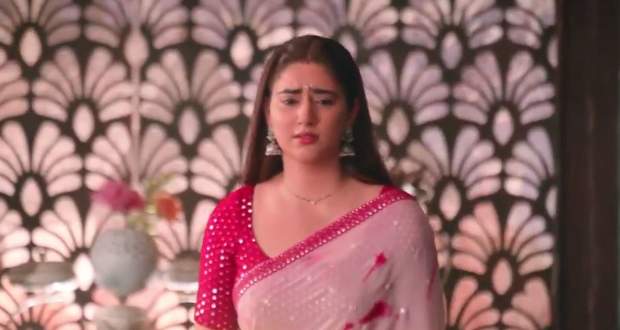 Today's Bade Ache Lagte Hain 2 24th March 2022 episode starts with Priya asking Ram to drop Vedika but Ram retorts that he believes that he is already at the place where he should be.

Furthermore, Priya goes back to her room where she starts looking for the parcel that Ram had gifted her.

Ram lies to Priya that her parcel went with the garbage collector in the garbage while Priya taunts him for not valuing things enough.

Thereafter, seeing Priya’s fallen face Ram presents the gift to her the way she wanted.

Meanwhile, Vedika returns to her house feeling humiliated as Ram didn’t care enough for her to drop her at home.

Shashi’s words echos in Vedika’s mind when he had cockily said no matter what one-day she has to return to him.

On the other hand, Ram and Priya move to dye the saree that he has gifted her to wear the next day.

The two of them start bickering as usual over how to dye the saree. Priya says that she knows how to dye while Ram sticks to the instruction manual.

The manual gets torn up in their fight which offends Ram and he chastises Priya for always trying to get an upper hand and not listening to others.

Ram tells Priya that she should learn to value people’s feelings.

Priya feels guilty for her behavior and apologizes to Ram who also in return asks for her apology as he ranted out his anger upon her.

Further on, some water splashes over Ram after both of them proceed to dye the saree.

Priya gently tends to Ram’s eyes while he keeps on staring at her and splashes the water again on himself.

Just like that, they enjoy their time together, having fun while colored in each other’s color.