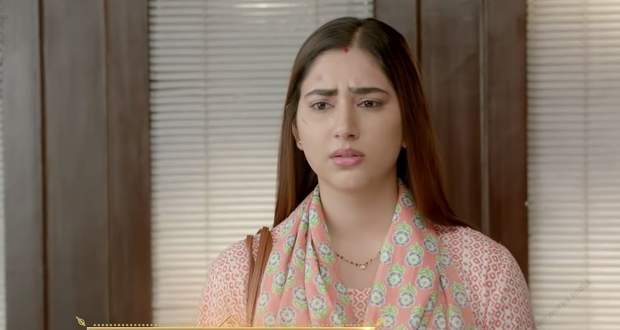 Today's Bade Ache Lagte Hain 2 25th February 2022 episode starts with Vedika saying that she is sorry for making him lie to Priya.

As Vedika's crocodile tears fail to bring Ram closer to her, she acts as if she is feeling dizzy and losing balance.

On the other hand, Nandini makes sure  Akshay sees Ram and Vedika returning home together while Priya is at the physiotherapy alone.

However, Vedika returns home with the servant.

When the servant informs that Ram asks him to drop Vedika home because she was not feeling well, Nandini gets shocked to know that their plan failed.

In the meantime, Priya is upset as Ram lied to her about being in his cabin while he was not.

With those feelings running in her mind, Priya enters the doctor's cabin where she gets surprised to see Ram.

Ram says that he can explain everything but Priya wonders whether he'll be saying the truth this time.

At the same time, the nurse informs them that the doctor will discuss Priya's report with them.

Priya calms Ram down and gives him a glass of water to control his anxiety.

While Ram murmurs to himself that nothing will be wrong with Priya, she looks at him in astonishment wondering why is he so much concerned for her.

When the doctor arrives, Ram insists on consulting a specialist but the doctor says that Priya is totally fine.

After scolding the doctor for unnecessary suspense, Priya takes Ram with her.

At night, Vedika and Nandini create situations to make Ram enter Vedika's room and at the same time, Akshay sees them and feels suspicious.