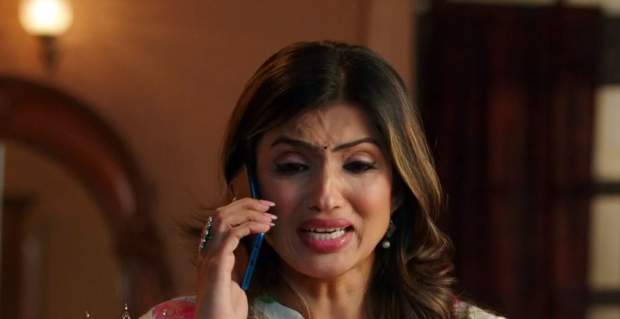 Priya shows confidence in Ram and assures them that Ram will find Ishaan.

Seeing Priya's trust in him, Ram goes to find Ishaan while he is furious about Mahinder's behavior.

At the same time, Krish calls Ram and tells him that Ishaan has been seen in a street and there is a building where Ishaan might be.

Ram's gut feeling tells him that Ishaan must be on the terrace.

When Ram arrives at the terrace, he spots Ishaan on the edge of the terrace wall.

Ram interacts with Ishaan and makes him believe that he is smart which makes others feel inferior.

Further, Ishaan mentions that he knows Sara is trying to separate him from Varun.

At the same time, Priya arrives there and gets confused to see Ram discussing physics with Ishaan who is about to jump off the terrace.

Ram also assures Ishaan that his dad will not go to Delhi.

In the meantime, Nandini tells Shubham that Priya and Ram have become one soul and they can't be separated.

Further, Nandini asks Shubham to stop trying and focus on making Akshay his best friend so that he does not believe Vedika who may try to expose Shubham for trying to break Shivina and Akshay's marriage.

Meanwhile, Ram assures Ishaan that he has a family who'll support him in every phase of life.

© Copyright tellybest.com, 2020, 2021. All Rights Reserved. Unauthorized use and/or duplication of any material from tellybest.com without written permission is strictly prohibited.
Cached Saved on: Sunday 2nd of October 2022 04:07:09 AMCached Disp on: Friday 7th of October 2022 08:28:26 PM