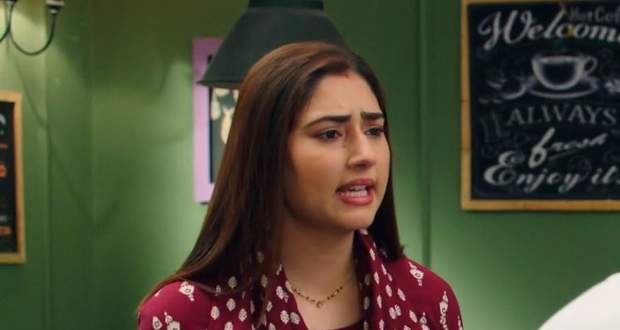 Krish informs that there is an employee in Alibagh who used to work for Shashi.

Further, Krish says that Ram will buy their empire and become the employee's boss after which he'll have to speak out the truth.

Meanwhile, Priya texts Ram to ask whether he is coming for lunch.

While talking, Ram mentions going to Alibagh with her.

However, at the same time, Shivina starts planning to surprise Ram on the weekend.

This compels Priya to inform them about Ram's meeting in Alibagh.

To Priya's shock, Nandini says that the whole family will accompany Ram.

On the other hand, while dropping Ram at home, Adi suggests he spend quality time with Priya as it is their valuable phase of life.

When Ram enters the house and finds out that Priya has invited everyone to the Alibagh trip, he gets confused.

Akshay informs Ram that Priya is at the bakery and Ram leaves to meet Priya.

At the bakery, Priya sees Mahinder compelling Meera to sign the papers to sell the bakery.

When Priya tries to stop him, Mahinder asks Meera to shut her daughter's mouth or else he'll break her face.

However, when Mahinder stays adamant about getting Meera's sign on the papers, Priya takes the file and tears the paper into pieces.

Mahinder steps towards Meera but Ram threatens to call the cops and get him arrested.

Having no way left, Mahinder curses Priya and also says that he'll see until when does she have Ram's support.