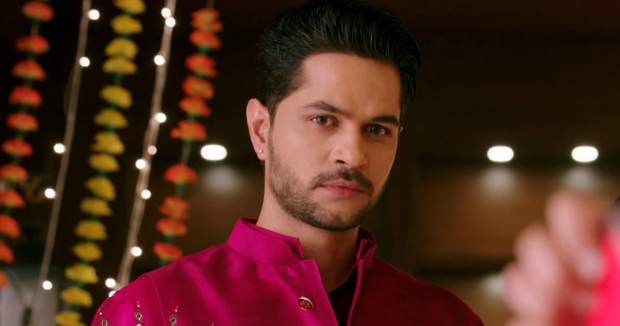 On the other hand, Nandini smirks seeing Akshay moving towards Vedika's room after witnessing Ram going into her room.

At the same time, Priya comes out in search of Ram but Akshay lies to her to keep the truth out of her reach as it would hurt Priya.

Meanwhile, Ram tells Vedika that he should be with Priya because she is not well and leaves her room.

The next morning, Akshay insists on going out for work while Shivina warns him of the cloudy climate.

Priya hopes that it rains so that she can use it to make Ram joyous.

In the meantime, the bangles of Ram's mother arrive after getting polished.

When Akshay tries to receive it, Vedika jumps in and takes the box with her leaving Akshay in suspicion.

Later in the evening, before the ritual of removing Chooda, Priya feels bad because she is planning to surprise Ram just to get out the truth.

Every time Ram adores Priya walking down the stairs however this time, Priya is unable to move her eyes from Ram.

Further, the rituals start and everyone does their duties.

When it comes to Ram, he gifts Priya his mother's bangles and says that his dad gifted them to his mother before he was born.

Seeing Ram's pure intention and gift that is rich with emotions rather than money, Priya smiles and accepts the gift.

When Akshay sees that there is only one bangle in the box gifted to Priya, he gets doubtful that Vedika took one of them because she was fascinated by the bangle when Nandini showed it to her previously.