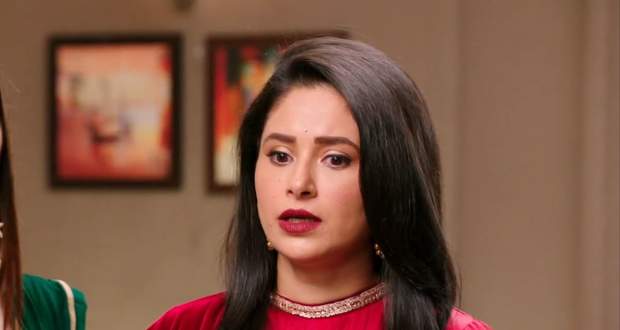 Today's Bade Ache Lagte Hain 2 2nd March 2022 episode starts with Ram telling Nandini that he thinks Vedika should not stay in the Kapoor mansion anymore because she needs to give a new start to her life.

Later, Ram enters the room and runs to the bathroom to avoid Priya's scolding for throwing clothes on the bed.

Priya tells him that she'll be keeping a track of how much water he'll be wasting in the shower.

She also mentions that she has tied her hair which Ram believes to be a sign of incoming taunts.

Meanwhile, an evil glint is seen in Ram's eye when he plans to get out of Priya's scoldings.

When Priya returns to the room, she sees a wet towel on her side of the bed.

To scold Ram, Priya enters the bathroom where Ram turns on the shower.

As Ram tries to convince Priya to consider this as real rain, Priya starts recalling that Ram has already used his coupon of making her enjoy the rain with him.

Though Priya knows that she is not compelled to enjoy this artificial rain with Ram, she walks into the shower with him.

Ram holds Priya's hand and moves closer to let their warm and soft lips feel each other.

However, Ram's illusion breaks when Priya splashes water on his face.

Further, Priya says that they have wasted enough water for the day.

While Priya walks away, Ram holds her hand. Pulling her closer, he thanks her for having trust in him and choosing him as her life partner.

In the meantime, Nandini asks Vedika to bump into Priya and drop the missing bangle in front of her to prove that Ram gave the second bangle to Vedika and lied to everyone about preserving it for Shubham's wife.