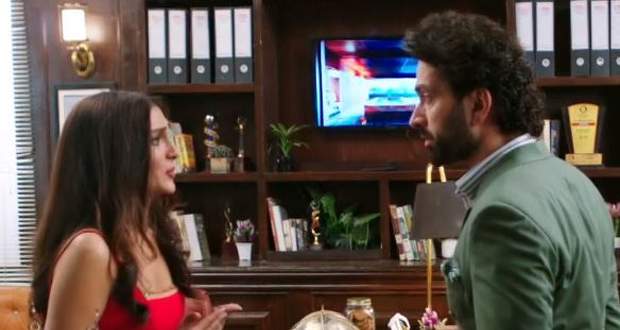 Priya sees a lodge nearby and starts walking towards it.

At the lodge, Priya books a room for four hours and clears that they are a legally married couple as the receptionist gives them weird looks.

When Ram and Priya enter the room, Ram spots a rat there and they hop on the bed in fear.

After the rat runs out of the room, Ram asks Priya whether he can tell her something and Priya nods a yes.

Ram holds her hand and pulls her closer to hug.

Tucking Priya's hair behind her ear, Ram takes his lips close to her face until it softly touches her cheeks.

To interrupt their moment, Ram comes out of the lodge to attend a call.

Seeing Ram near a disreputed lodge, the police arrests him.

However, Priya chides the police for arresting a gentleman.

The police tell Priya that they'll consider her as a witness to set him free.

Hearing this, Priya says that she isn't a witness instead she is Ram's wife.

After the police leaves, Ram asks Priya what does she really think of him.

Priya words state that she wants to make this marriage work.

Later, Priya and Ram arrive at Meera's house where Ram spots Priya leering at him as she adores his and Meera's bonding.

As Ram is at the table and Priya is in the kitchen, they talk through the messages.

When Priya returns to the table, Ram holds her hand and demands the reason for her staring at him.