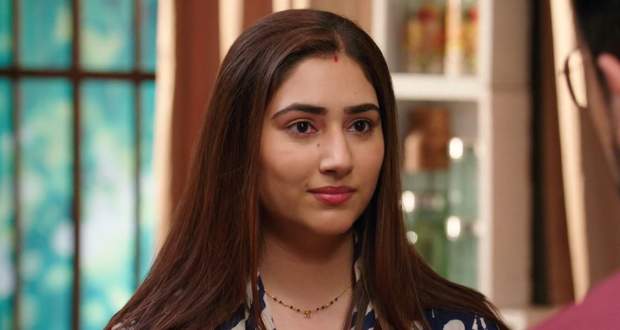 Ram is stunned to watch his beautiful wife.

On the other hand, Ishaan behaves rudely with Sara because Varun has filled his mind with the thought that Sara does not love her family instead she cares more about money.

Later, Ram sets the mood of the party with his dashing performances and later, romantically dances with Priya.

As Ram knows the bangles are giving rashes to Priya, he smartly takes out her bangle while dancing.

Meanwhile, Varun is talking to Shashi on call who is restless to find out the reason for Ram's visit to Alibagh.

Seeing Priya standing in front of him with raised eyebrows, Varun panics but he finds his breath back when Priya asks him whether he has seen Ram.

Before Varun answers, Priya spots Ram and walks up to him.

Priya spots that the reason for Ram's restlessness is something else.

After Priya's insistence, Ram reveals that he is worried about her safety in the Alibagh plan.

However, Priya shows courage and says that they are only going there to talk to the manager about the accident.

The next day, everyone arrive at the resort.

When Ishaan starts panicking because Varun isn't around, Ram says that he is in the parking area.

However, Ram is unaware that Varun has gone to meet Shashi.

In the meantime, Krish who is disguised as a bartender at the resort reveals himself in front of Ram and Priya.

Further, Krish informs them everything about the manager.

On the other hand, Shashi is telling the same things to Varun.