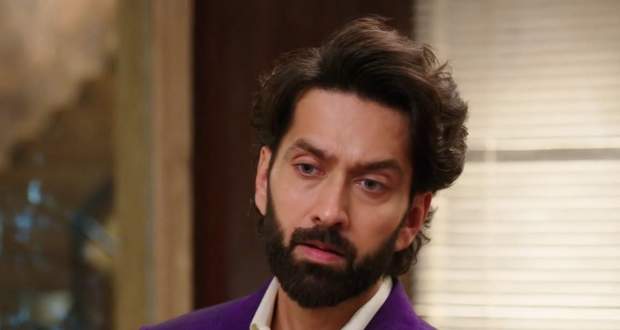 However, Priya says that though it was Sahil's plan, they can find the person who was driving the truck that killed Virendra and get him arrested.

On the other hand, Shashi tells Varun that only Mahinder Sood can be exposed if Ram meets the manager eventually causing Shashi and Varun's exposure.

Later, Ram tells Priya that he has identified a university abroad for Ishaan's education.

Nandini overhears them and apologizes for hearing what she was not supposed to and walks away.

Though Nandini was expecting Ram to come behind her, she does not back out after seeing Priya.

Further, Nandini tries to make Priya realize that she is upset because Priya has stolen her son from his mother.

However, Priya explains that for the first time Ram is doing something for himself and requests her not to punish him.

Priya also assures her that she does not wish to take Nandini's position.

In the meantime, Varun sees Ishaan's bonding with Ram and decides not to be a puppet of Shashi and do want he thinks is right.

So, Varun takes Ram for a drive where Ram mentions the university he has found for Ishaan.

However, Varun's mind is planning to kill Ram.

Finally, Varun confesses that he is the one who killed Virendra and jumps out of the car.

When the car hits an electric rod and blasts, Varun comes out of his plan's imagination.

Fortunately, Ram gets a call from Priya and he informs her that he is with Varun because of which Varun drops his plan.